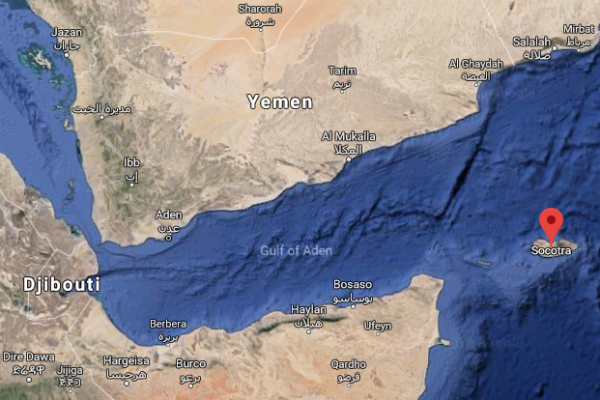 The UAE’s minister of state for foreign affairs has denied the country is playing any more than a humanitarian role on the Yemeni island archipelago of Socotra.

Anwar Gargash’s comments came following a tweet earlier this month from Yemen’s Prime Minister Ahmed bin Dagher appearing to criticise the emirates’ actions on the islands, which some international publications have accused it of annexing.

Gargash told state news agency WAM at a conference in Bratislava on Saturday that the emirates had taken the decision not to communicate what it was doing on Socotra as it was far away from Yemen’s civil war, in which it is participating as part of a Saudi-led coalition.

“In hindsight, we should have communicated more,” he said, adding that the issue “was blown out of proportion”.

In recent weeks, publications including the UK’s Independent have carried reports claiming the emirates had built a military base on Socotra’s main island, set up communications networks, conducted its own census and invited residents on flights to Abu Dhabi for free healthcare and work permits.

Critics have accused the UAE of seeking to transform the island into a permanent military outpost and holiday resort.

Since then, Saudi Arabian troops have been deployed on the archipelago to “train and support Yemeni forces” in coordination with the Yemeni government, the kingdom’s state news agency reported on May 13.

Gargash said the UAE had been involved with the islands since 2012 and conducted more than 40 humanitarian aid projectss since Cyclone Chapala struck the archipelago in 2015.

“The criticism that we have received in Socotra revolves around the same people that will criticise the UAE time and again. Clearly, our role in Socotra is about humanitarian development, and we continue to do so to support this island community,” he said.

The official went on to deny the country had any “strategic” role on Socotra, which stands at the entrance of the Gulf of Aden near vital shipping lanes for oil and cargo vessels.

“The UAE does not have any ambitions on the archipelago. It is a Yemeni territory,” he stressed, according to WAM.

The UAE has been part of a Saudi-led coalition fighting the Iran-backed Houthis in Yemen’s civil war alongside the internationally recognised government since 2015.

A Twitter account claiming to be that of Yemen’s Prime Minister Ahmed bin Dagher appeared to show some concern with the UAE’s actions on Socotra on May 6.