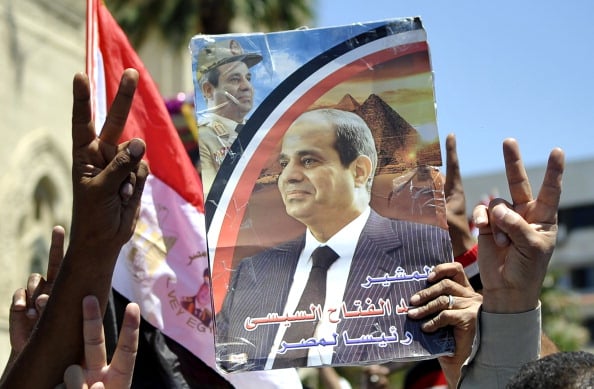 The United Arab Emirates will continue its political and economic support for Egypt after a presidential election next week that is expected to be won by former army chief Abdel Fattah al-Sisi, Egypt’s state news agency reported on Saturday.

More such aid will be vital for any new president as he tries to rescue the economy battered by three years of political turmoil since the fall of Hosni Mubarak in 2011.

Sisi has said that, if he won the election, he would rely on foreign investment and continued Gulf aid to finance mega-projects that he has only vaguely outlined during his campaign.

The UAE official in charge of aid to Egypt, State Minister Sultan Ahmed al-Jaber, said the UAE regarded the May 26-27 vote “a new starting point”.

“We will continue to provide political and economic support,” Jaber said in comments published by Egyptian state news agency MENA.

Egypt’s struggling economy has yet to recover from the popular uprising that ousted Mubarak in 2011. Intermittent violence and political instability over the past three years have scared off foreign tourists and investors.

Sluggish growth has failed to alleviate rampant unemployment and the government is under pressure to cut energy and food subsidies in order to ease a ballooning deficit that reached around 14 percent of GDP last fiscal year.

The UAE has welcomed Sisi’s rise and the army’s crackdown on the Muslim Brotherhood, which it says poses a security threat and has banned on its own turf.

Compared to other major donors Saudi Arabia and Kuwait, the UAE has taken a more hands-on approach to its support to Cairo.

Over the past year, Jaber has helped to coordinate Emirati projects in Egypt including the construction of wheat silos, clinics, schools, and housing units.