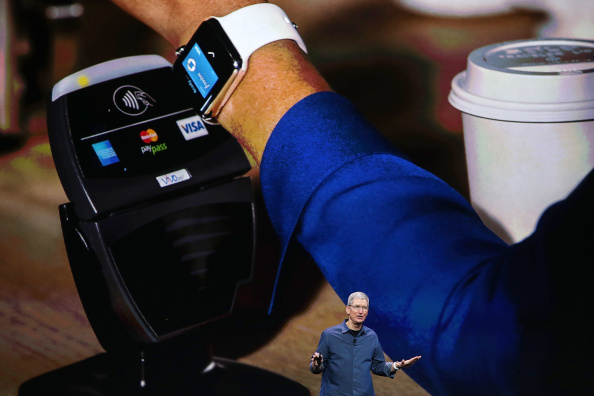 Apple Pay, which will feature in the iPhone 6 and its larger version, the iPhone 6 Plus, and the new Apple Watch, has been developed by Apple in collaboration with MasterCard, Visa and American Express.

“Obviously payments is something that requires an evolution, but the take-up is really happening – people want to pay electronically and they want to pay with their cards,” he said.

“We can see that with the number of apps that allow you to pay your bills online as well contactless technology rolling out across the UAE in almost every quick service merchant.

“The evolution is going on and the Apple news is just an acceleration of what’s already coming,” he added.

Apple Pay, which uses Near-Field Communication (NFC) technology, will allow users to pay for their purchases by swiping their iPhones (or Apple Watches) at point-of-sale counters.

The wallet basically preloads the customer’s debit and credit card information, and Apple insists that the system is secure and safe.

The feature will be rolled out in the US next month, and will initially be available in 220,000 stores including McDonalds, Bloomingdale’s, Disney and Walgreens.

While the iPhone 6 and the 6 Plus are expected to be launched in the UAE on September 27, the company has not yet revealed when the Apple Pay programme will reach the country.

But MasterCard is launching its digital enabling services, called MasterPass, later this year in the UAE, and Oliver says they will be prepared to assist consumers as soon as Apple Pay arrives in the country.

“MasterPass will be primarily for e-commerce transactions, but moving forward, our digital enabling service can be utilised for all kinds of payment types that customers want to use.

“First we start online, then we migrate to in-store, in-app as well as in-person – for delivery and pick-up etc,” he explained.

Oliver agrees that the deployment of any digital/mobile payments system also requires the support of retailers and merchants.

“The merchants can also see great benefits because the fewer the number of clicks it takes to purchase the product, the easier it is for the consumer and the more likely it is that they will complete the transaction,” he said.

He refuses to divulge the names of the retailers that MasterCard is working with, but reveals that “big name key marquee merchants” and “big financial institutions” have collaborated with them for the MasterPass launch in the UAE.

“We are right now at the beginning of this digital convergence and Apple’s launch plans are a validation of what we have been doing,” Oliver said.

“With the number of phones that they put out there, it really puts a jolt into the industry in terms of moving it all forward,” he added.