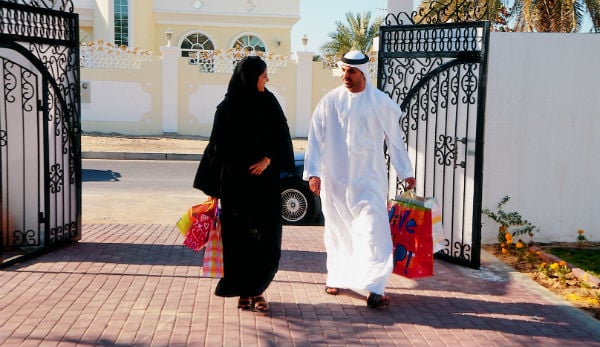 With its luxurious spread of offerings, the UAE doesn’t spring to mind as the optimum climate for encouraging savings. Costs are high, lavish spending is even higher, and financial security in the country is suffering as a consequence.

Up to 87 per cent of UAE residents do not believe that their current savings are adequate for the future, according to the 2012 National Bonds Savings index. The annual report found that only one per cent of the respondents claimed that their savings were ‘more than enough’. Undoubtedly, the cost of living in the country is high. The UAE is the most expensive place to live in the GCC, with both Dubai and Abu Dhabi ranking the highest among Gulf nations in Mercer’s 2012 Worldwide Cost of living Survey.

“As the economy recovers and prices begin to rise, we will see price of living play a bigger part in harming people’s perception of their savings environment,” said Mohammed Qasim Al Ali, CEo of National Bonds Corporation. “in our index, of those who feel it is not a good time to save, 44 per cent attributed it to high cost of living.”

Culturally, there are also hurdles. “in our region we are hugely affected by peer pressure, the perception of what society thinks and the luxurious lifestyle around us which is why it is sometimes a challenge to save,” said Ali. “Whereas in a culture like Japan, it is different as saving is ingrained from a young age and consumerism is not as widespread.”

But the root cause of the problem, according to Ali, is the lack of financial planning literacy among the people.

“A long-term sustainable savings plan should be identified and linked to the strategic targets of each individual or family such as a home, marriage, education and own business,” he said.

“The main reason for this is lack of awareness about financial planning, understanding risk appetite and identifying financial goals,” said McDonagh. “Many people still prefer to apply a do-it-yourself approach to financial planning, with 61 per cent of our respondents not having sought professional financial advice. it is vital that people sense-check financial decisions and plans with an expert, to make sure that all eventualities are covered.”

Another important factor is the lack of collaboration between spouses in planning their financial future, stated McDonagh.

The HSBC study found that 45 per cent of men have the sole responsibility for managing retirement savings, compared to only 10 per cent of women. Even when it comes to short-term financial goals, women in the UAE take a backseat.

Western expats had the highest sentiments regarding the savings environment, with 41 per cent believing it is a good time to save, followed by Asian expats (31 per cent) and Arab expats (29 per cent).

The reason for this diversity is that they all have different priorities, explained Ali.

“For example, children’s education tops the priority list for Arab and Asian expats, followed by retirement, whereas Emiratis and Westerners prioritise savings for retirement ahead of education and purchase of personal property.”

However, the index identified a trend towards “wiser spending” among all the nationalities this year. Fewer people claimed to be spending a lot on flexible costs like transportation and household/ utility items, and attributed their spending to fixed costs such as children’s education and rents.

While saving for weddings was a high priority for Emiratis just two years ago, it is now the tenth priority on their list, falling behind expenses such as purchase of a car and house renovation.

Parents should encourage savings habits from a young age and the private sector should urge the public to save through various initiatives, and work with the government to create a savings culture.

“Financial literacy should also be incorporated in our educational system to ensure that kids understand the essentials of it,” added Ali.