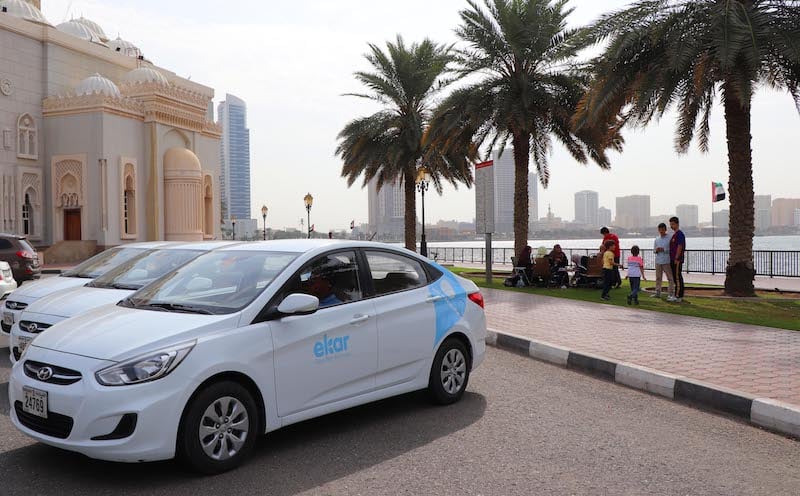 The pay-per-minute car-sharing service now has 200 vehicles operational in Sharjah, it said in a statement.

“More than 15,000 of our existing 100,000 active users are living in Sharjah, using ekar while in Dubai or Abu Dhabi,” said Vilhelm Hedberg, CEO ekar Middle East. “By expanding ekar services to Sharjah we will be able to serve these users in their own neighborhoods.”

Ekar is also introducing a Sharjah-Abu Dhabi intercity commuter package for Dhs175, which includes free fuel, parking, mileage, and comprehensive insurance to pick up and drop off a car between these emirates.

“Today, ekar services 50,000 bookings per month, a number which we are well on our way to quadruple over 2020, as we continue to expand our services across the UAE and Saudi Arabia,” said Hedberg.

Ekar, which closed a $17.5m Series B round led by Polymath Ventures with participation from Al Yemni Group and Audacia Capital in June, also expanded into Saudi Arabia in November.

The UAE-based company began operations in Riyadh with 600 cars and also plans to launch in other cities throughout Saudi Arabia including Dammam, Jeddah, Mecca, Medina, and King Abdullah Economic City.

The total ekar fleet count is estimated to surpass 10,000 cars over the next three years as it expands across the GCC, Turkey, and Egypt, the statement said.