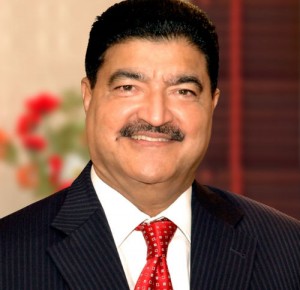 Apax had previously been planning a London listing of Travelex in May or June this year.

The price of the deal was not disclosed, but sources previously told Reuters that the listing of Travelex could give the company a value of up to 1 billion pounds ($1.7 billion) including debt.

The market for listings has cooled in recent weeks, with UK companies from Saga to Card Factory struggling to attract investor interest.

Private equity groups also generally opt to sell their investments to other companies where possible, in so-called trade sales, as it allows them to realise their investment in one go.

Travelex, the world’s largest foreign exchange specialist, was set up as a bureau de change in 1970s London by entrepreneur Lloyd Dorfman. It now trades in over 80 currencies and more than 50 countries.

Dr Bavaguthu Shetty is the owner of money transfer service UAE Exchange, which has over six million customers in 30 countries, and private healthcare company NMC Health. Private equity house Centurion has made a number of investments in Shetty’s businesses.

JP Morgan and Goldman Sachs had been due to lead the London listing.