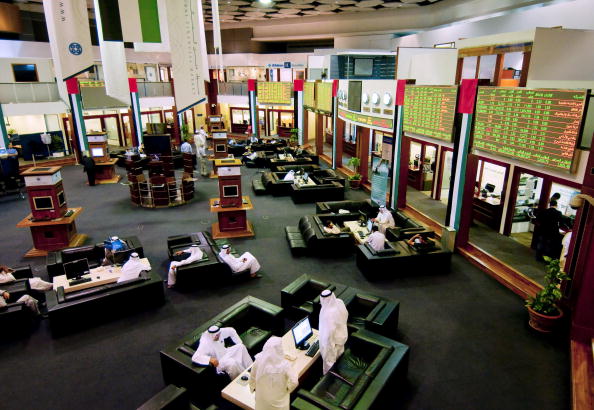 Abu Dhabi and Dubai have hired banks to advise on a possible merger of their two main stock exchanges, a state-backed deal that could energise financial markets in the United Arab Emirates, sources familiar with the plan said.

Any merger of the exchanges would be one of the biggest reforms in the country’s financial industry in recent years; by making it easier for investors to operate across the markets, it could stimulate trade and attract more foreign investment.

Talks on a tie-up between the Dubai Financial Market (DFM) and the Abu Dhabi Securities Exchange (ADX) have occurred on and off since at least 2010, but they have been hindered by differences over valuations and Dubai’s 2009-2010 corporate debt crisis.

With a renewed focus on cooperation between the two emirates in several fields, the idea of a merger of the two bourses has once again gained traction, banking and industry sources said in June.

Abu Dhabi, the richest emirate in the UAE, has hired U.S. investment bank J.P. Morgan Chase and local lender First Gulf Bank to advise on the merger, the sources said, speaking on condition of anonymity as the matter is not public. One source said Abu Dhabi’s mandate had come from the Abu Dhabi Executive Council, the top policymaking body in the emirate. The council did not respond to calls and emails seeking comment.

Investment Corporation of Dubai (ICD), the flagship holding company which owns stakes in many of Dubai’s top entities, including DFM’s parent, Borse Dubai, has hired Citigroup to advise on the matter, according to the sources.

A spokeswoman for J.P. Morgan and spokesmen for Citigroup and First Gulf Bank declined to comment; ADX and DFM declined to comment. A media representative for the Dubai government, who handles ICD-related inquiries, said she could not immediately comment.

Three of the sources said the governments aimed to reach an agreement on the merger by the end of this year.

“The two emirates have made a call to complete this merger before the year-end. Now that there is a political will, the main challenge for the advisers will be to do a proper valuation execise which is acceptable to both the parties,” one of the sources said.

DFM, which is the only listed Gulf stock exchange, has a market value of about $4.5 billion; its stock price has doubled this year, as Dubai’s recovery from its debt crisis has accelerated and boosted trading volumes on the bourse.

According to one source familiar with the merger plan, it values DFM higher than ADX, at about 20 times its earnings before interest, tax, depreciation and amortisation (EBITDA). ADX is valued at about 10-12 times, according to the source.

A separate Abu Dhabi government source said the tie-up between the two exchanges was likely to be announced as a merger of equals, with a public announcement probable in December.

A merger could allow the exchanges to cut costs, harmonise their technologies and make it simpler for new investors to obtain access to a full range of the UAE’s top companies.

A Dubai government source said the current facilities in Dubai and Abu Dhabi would probably continue as stock exchanges, but they would operate under a single joint entity.

DFM is 80 per cent owned by Borse Dubai, a holding company which also owns 33 per cent of the Nasdaq Dubai bourse and nearly 21 per cent of the London Stock Exchange, according to its website.

Nasdaq Dubai, much smaller than the two main exchanges, is unlikely to be part of the merger, the sources said.

UAE Regulator – Bourse Merger Would Have “Many Advantages”