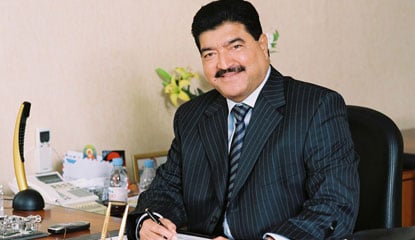 UAE-based Indian billionaire B. R. Shetty, who has interests in healthcare and finance, said on Sunday that he expects to make $1bn in revenue from his first foray into the film-making business – an adaptation of the epic Sanskrit poem the Mahabharata.

Shetty, joint non-executive chairman of London-listed NMC Health, announced in April he was investing $150m in the film franchise, which is set to be India’s most expensive film.

Shetty, who is producer of the project and V. A. Shrikumar Menon, the director, on Sunday spoke with reporters about their plans, which will involve two films of just under six hours in total. The films will have three different language versions – Malayalam, English and Hindi.

The Mahabharata, about 1.8 million words long, is a story about a power struggle between two branches of a family in ancient India.

Shetty told reporters the revenue from the first film was expected to be around $1bn.

The film will be made partly in Abu Dhabi and other locations, including potentially Sri Lanka and India, which are still to be confirmed.

More details about the cast and crew will be disclosed within 100 days, Menon said. Filming will start in May 2018, with the first film’s release slated for 2020 and the second film around 100 days later, he said.

Shetty’s founded NMC Health in 1975, which has become the UAE’s largest private healthcare provider. After stepping down as chief executive in March, he is now joint non-executive chairman. He is also chairman of UAE Exchange, the largest remittance and foreign exchange business in the UAE.