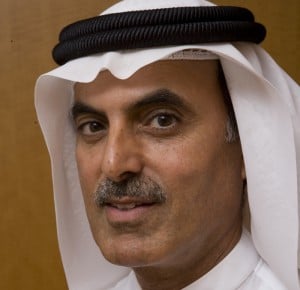 Banks in the United Arab Emirates agreed on Wednesday to make a formal plea to the central bank to ease the mortgage limits which it introduced at the end of last month, two sources familiar with the matter said.

“The suggestion agreed at the meeting is to raise the mortgage cap (for purchases of first homes) to 60 per cent for non-nationals and 80 per cent for nationals,” one banker told Reuters, declining to be named as he was not authorised to talk to the media.

The banks’ meeting was led by HE Abdul Aziz al-Ghurair, chairman of the Emirates Banks Association, the industry’s lobbying group. He told bankers present that the central bank was cooperating with the EBA on the matter, the source added.

Other proposals by the EBA relate to whether the property is completed or under construction, and whether the investor is resident or non-resident in the UAE, the source said.

“The proposals are being sent for the central bank’s consideration,” he said.

In a brief statement, the EBA confirmed that top commercial bankers had approved proposals to amend some rules on loan-to-value ratios. The EBA did not elaborate on the proposals, but said they would be forwarded to the central bank.

The central bank, which has refrained from commenting publicly on the caps, is apparently seeking to prevent any repeat of the UAE’s property bubble of the mid-2000s, which was followed by a crash.