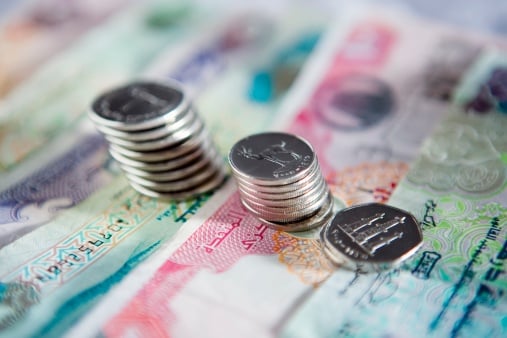 The UAE banks recorded a rise of 25 per cent in profits during the first nine months of 2014, the UAE Banks Federation (UBF) said in its latest review.

UBF’s chairman Abdulaziz al Ghurair said that the net income of major UAE banks has also grown due to economic growth in the country and lower provisions for bad debts.

“Banks now have enough capital to meet further economic requirements; where comfortable liquidity, growth in assets and profitability are expected to continue over the next few years,” said Al Ghurair.

Lenders in the region have been announcing profits consecutively as the local economy continues its strong recovery.

National Bank Of Abu Dhabi, one of the largest banks in the UAE, registered a 32 per cent growth in profits during the third quarter as it made a net profit of Dhs1.37 billion. Whereas Abu Dhabi Commercial Bank, the UAE’s fourth largest lender, posted a net profit of Dhs1.02 billion in Q3, up 16.4 per cent from the same period in 2013.

The UBF, which represents 49 banks in the region, also said that its board discussed about its members’ cooperation with the recently launched Al Etihad Credit Bureau.

Earlier this year, the credit bureau revealed that just one bank out of the 46 lenders in the country submitted the credit reports of consumers. Following that, the UBF convened an urgent meeting of its consumer committee to review its efforts and expedite the delivery of the consumer credit reports.

The credit bureau, which was delayed, formally began operations in September as it issued credit information about consumers to banks and financial institutions in the country. The reports include consumers’ debt obligations and payment behaviour patterns for the past two years.

In addition, the UBF said that it also discussed the Smart Wallet project, which aims to implement a nation-wide payments system through smart phones and other hand-held devices to promote efficient money transfer in the country.

The representative body said that it has been working closely with different entities and organisations, including all stakeholders, to ensure progress of the Smart Wallet initiative remains on track.

Among other issues, the organisation also agreed on the need for the banks to further enhance their support for the SME sector.