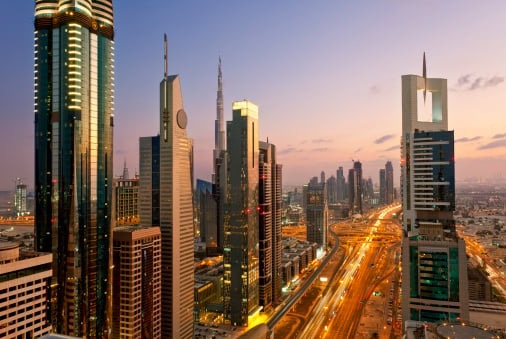 A draft of changes to United Arab Emirates bankruptcy law aimed at simplifying the process and letting failing companies restructure is taking longer than expected and may not be ready until the end of 2013.

The draft, which has been in the works since 2009, should enable both listed and family-owned companies that get into trouble to restructure and be rescued rather than being forced to go through lengthy bankruptcy or liquidation proceedings.

The OPEC member’s government hopes the new rules will reassure foreign investors and help bring in more cash from overseas.

The new law, which will allow a bankrupt company to restructure its debts and assets and have a fresh start, is roughly based on French bankruptcy legislation.

“It’s certainly going to take months, perhaps the end of next year,” Farn, who heads the banking and finance team in the firm, told a forum on insolvency reforms.

He later told reporters that the legislation had not yet reached a stage of a draft bill, the first formal step in the process, when it is presented to the cabinet.

Justice Minister Hadef bin Juan al-Dhaheri said in May he hoped the draft legislation would be ready by the end of 2012.

Dhaheri, who founded Hadef & Partners in 1980, told Reuters last month that the UAE was pushing hard to finalise the law but declined to say when the draft would be ready.

In 2009, Dubai, one of seven UAE members, issued a special decree to deal with a $25 billion debt restructuring at its flagship conglomerate Dubai World.

It would also contain provisions that could force a minority of creditors to accept a restructuring agreement if it was acceptable to the majority, a process known as a cramdown.

However, under the proposed law, it would still be difficult to seize assets, even if they are pledged as collateral, as land ownership in the UAE is on the whole restricted to citizens.

International banks involved in a state-linked corporate restructuring, for example, would not be able to take control of assets and sell them on, as would happen in the West.

The new law will not apply to government entities or entities operating in a financial free zone such as the Dubai International Financial Centre, which has its own insolvency laws, experts have said.

It takes just over three years to resolve insolvency in the UAE, the world’s number 3 oil exporter, with a recovery rate of only 29.4 cents on the dollar, which puts the country at 101st place globally, a World Bank survey from October showed.