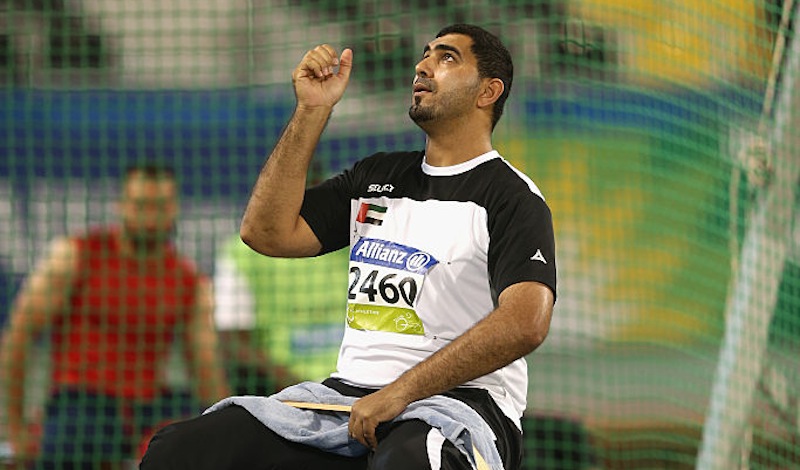 Emirati para-athlete Abdullah Hayayei died on Tuesday after being seriously injured during a training ground incident in London.

The International Paralympic Committee (IPC) provided no details about the cause of death of the 36-year-old. However, London’s Metropolitan Police believe the athlete may have been struck by a metal pole.

Hayayei was set to compete in the shot put, discus and javelin events in the F34 class during the upcoming World Para-athletics Championships in London. He was training at the Newham Leisure Centre.

In a statement, the IPC said: “Emergency services were called shortly after 17.00 BST to reports of a seriously injured man. At 17.20 the athlete was pronounced dead at the scene”.

IPC president Sir Philip Craven said: “We are all truly devastated by this tragic news and the passing of Abdullah.

“The thoughts, prayers and condolences of the whole Paralympic Movement are with Abdullah’s family, friends and teammates as well as the whole of the National Paralympic Committee of the UAE. We are all in state of shock at this terrible tragedy.”

Hayayei made his Paralympic debut at Rio 2016 Paralympic Games, finishing sixth in the javelin and seventh in shot put in the F34.

London 2017, which starts on Friday, was to be Hayayei’s second World Championships. At the 2015 event in Doha, Qatar, he finished fifth in the discus F34 and eighth in shot put F34.

Organisers of London 2017 plan to hold a moment of silence for Hayayei during the opening ceremony on Friday at the London Stadium.