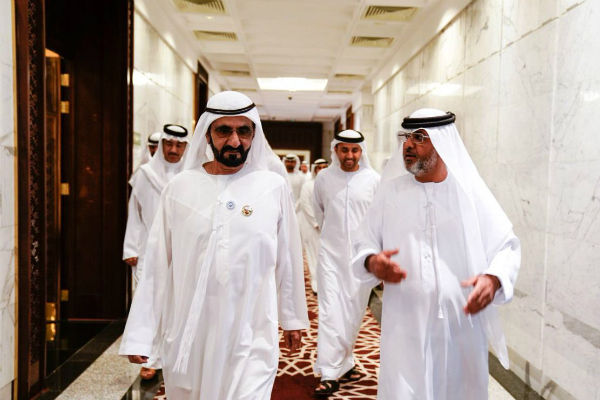 The 56-year-old former driver retired on health grounds and was living on Dhs13,000 ($3,539) a month in government benefits, according to reports.

He detailed his concerns regarding the rising cost of living on the show but was disputed by radio anchor Yaqoub Al Awadhi.

Al Awadhi, who was suspended following the incident, said he was trying to protect the country’s reputation.

After hearing of the incident, Sheikh Mohammed ordered immediate support to be provided to Ali Al Mazrouei and invited him to a cabinet meeting on Sunday where officials reviewed a plan by the country’s minister of community development to support low income families.

In a tweet, the Dubai ruler said the cabinet adopted a plan for Dhs11bn ($2.99bn) in social assistance to be provided over the next thee years and appointed Al Mazrouei as a social researcher at the Ministry of Community Development.

“A state moves when a citizen is hurt. That’s how Zayed wanted it,” Sheikh Mohammed said, referring to the UAE’s late founding father Sheikh Zayed.

“Our interest will not be limited to low-income earners but will include their children and work to secure their futures by ensuring that they have the best education and the best government services.”

Costs have risen across the UAE this year following the introduction of a 5 per cent value added tax rate on January 1 that applies to most goods and services.