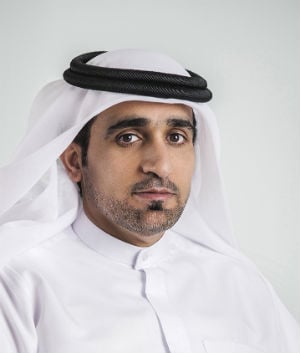 Al Mansouri replaces Mohammed Nasser Al Ghanim, who will continue to act as a consultant to the TRA’s board of directors, the government agency said in a statement.

A graduate in Multimedia from Middlesex University in the UK, he was also a technical consultant in many government institutions.

“The appointment of Hamad Obaid Al Mansouri as director general of TRA will add great value, especially in this critical phase, due to his broad and varied expertise and professional experience, particularly in developing important national initiatives that the authority is working towards implementing,” said Mohammed Ahmed Al Qamzi, chairman of TRA.

The TRA has been playing an increasingly active role in regulating the UAE’s ICT sector.

One of its notable steps was the introduction of mobile number portability service in 2013, which allowed users to switch between the two service providers- du and Etisalat- while retaining their existing number and network code.

The facility, which was launched after a delay of five years, aimed to promote competition between the two major operators in the market.

Starting from 2012, the TRA also carried out a massive SIM card registration campaign in order to protect subscribers from confidentiality infringement and to minimise the risk from the use of illegal SIM cards.