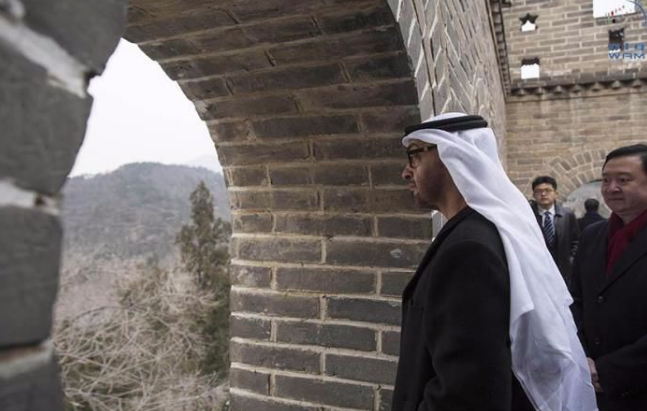 The United Arab Emirates and China have signed an agreement to launch a $10bn strategic co-investment fund to strengthen economic and political ties between the two countries.

The agreement, signed during this week’s China visit by Crown Prince of Abu Dhabi and deputy supreme commander of the UAE Armed Forces HH Sheikh Mohamed bin Zayed Al Nahyan, reflects a growing partnership between the two countries, he said.

“The strong foundations of our relationship have been reinforced by our growing economic ties and deepening political relations. The launch of this strategic, commercially driven fund represents the next stage of our partnership as we seek to work more closely in developing our economies and contributing to global growth.”

“This dynamic investment fund will serve to further strengthen and deepen the strategic and economic relationship between China and the United Arab Emirates,” said Chinese president Xi Jinping. “This fund will also play a critical role in supporting the ‘one belt, one road’ strategic initiative, as we work towards improving connectivity and cooperation with our regional partners across Eurasia.”

It will be equally funded by the governments of Abu Dhabi and China with the aim to build a balanced portfolio of diversified commercial investments.

“The fund will play a crucial role in supporting the development and advancement of sectors of mutual strategic interest for the UAE and China, such as conventional and renewable energy, infrastructure, technology and advanced manufacturing,” said UAE minister of state and Mubadala Development, Energy CEO Dr Sultan bin Ahmed Sultan Al Jaber. “The fund will also help contribute to the ongoing diversification of the UAE economy.”

According to UAE state news agency WAM, the fund will have the flexibility to look at a range of investment opportunities across asset classes, stages of growth and industry sectors of strategic importance. Capital will be deployed on an investment-by-investment basis, with a focus on sustainable returns and principal protection.

In June, the UAE became a founding member of the Asian Infrastructure Investment Bank in June, a new multilateral development bank initiative launched by the Chinese Government.