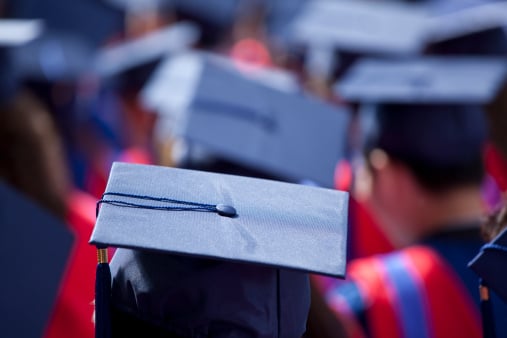 The UAE is the fourth most attractive education destination in the world for students looking to pursue their studies abroad, according to a new survey by Dubai International Academic City and Deloitte.

It found that the country is also the favoured education destination among emerging market economies – beating China, Singapore and Australia.

The study, which surveyed 2,400 students and a set of companies across the Middle East, Africa and Asia, stated that the UAE is “recognised for its strength in science, finance, economics and management.”

Within the UAE, the majority of the students identified Dubai as their most likely study destination.

At least 60 per cent of the corporate entities interviewed also stated that Dubai’s positioning as a centre of higher education was ‘good’ or ‘excellent’.

“The positive perception of Dubai as a centre of education appears to be strongest in markets such as India, suggesting opportunity for universities in the UAE to develop stronger linkages with a vast student pool who have unmet needs for high quality education,” the report said.

Student enrolment in higher education institutions in Dubai grew by 11 per cent in 2012, according to a new report issued by Dubai’s Knowledge and Human Development Authority (KHDA). The number of students enrolled in the emirate’s higher education centres has risen by 31 per cent in the last five years, it stated.

Emmanuel Durou, consulting director at Deloitte Middle East said: “Our sectorial analysis has shown that while the UAE has built a strong perception as an educational hub in sectors such as tourism and hospitality, there remain some important workforce supply and demand gaps in a number of industries including energy and healthcare.”

According to the corporates surveyed within the study, there are 64 skills in high demand across sectors such as tourism and telecom.

“There is potential to address some of the skill gaps identified by creating bespoke academic programmes and collaborating with existing academic partners to offer courses within the UAE or in the students’ home countries,” it said.

Enrolment in private universities in the UAE is focused on making the student employable and so is weighted towards management, engineering, law, health sciences and education, said a report by Parthenon in 2011.

It also found that the “western” higher education institutions in the UAE such as Middlesex, Canadian University of Dubai and American University in the Emirates were experiencing an 18 per cent enrolment growth per annum.

“The popularity of “western” higher education institutions reflects the UAE’s need for importing skills and skills development,” the report said.