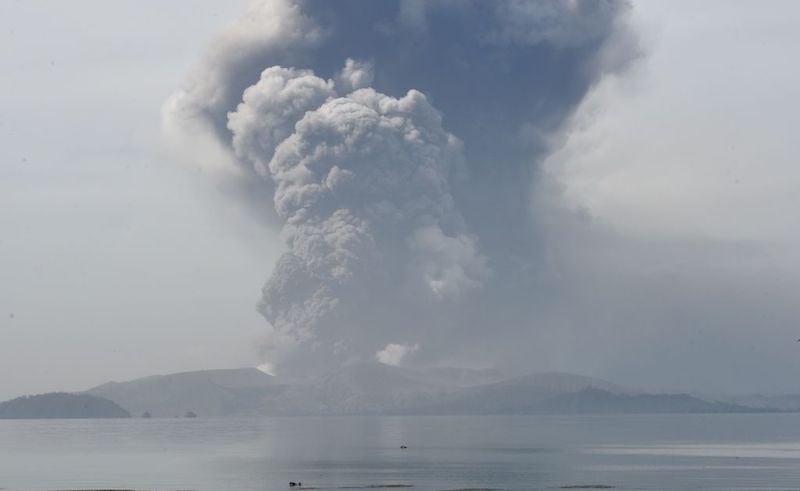 All Emirates and Etihad Airways flights to and from the Philippines on Monday have been cancelled following the eruption of the Taal volcano, the airlines announced.

“Due to the eruption of Taal volcano in the Philippines, Emirates flights to/from Manila and Clark on 13th January have been cancelled,” the Dubai airlines said on its website.

“Customers connecting onto the flights to Manila, Clark and Cebu in Dubai will not be accepted to travel at origin until further notice,” the airline said.

“Customers have the option to change their bookings up to seven days for tickets issued on or before January 12, 2020. Those who wish to rebook their flights should contact their respective Emirates booking office or travel agent for options,” it added.

Flight EY421 from Manila to Abu Dhabi on Tuesday, January 14 has also been cancelled.

“Flights to and from Manila will resume when the airport reopens,” the airline said. “Etihad Airways is monitoring the situation and will provide continuous updates,” it added.

Oman Air has also suspended all flights to and from Manila from Sunday “until further notice”.

The sudden volcanic eruption 65km south of Manila has led to a mass evacuation, forcing the nation’s financial markets to suspend trading and the Manila airport to close.

Manila’s international airport partially opened for departures at 10am and arrivals at noon, authorities said in a statement. More than 240 flights had been canceled since Sunday, affecting about 60,000 passengers, according to separate statements from Cebu Air and Philippine Airlines, before the resumption of flights.

A “hazardous explosive eruption is possible within hours to days,” the Philippine Institute of Volcanology and Seismology said on Monday morning.

More than 23,000 people have been evacuated since late Sunday, with plans to move as many as 200,000 people. Officials ordered schools and government offices shut, and advised private businesses to do the same.