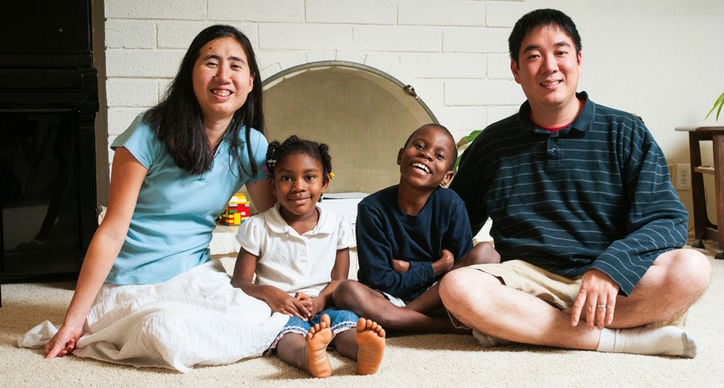 An American couple convicted and later cleared in the death of their adopted African-born daughter in Qatar has sued the husband’s former employer, saying the engineering company essentially abandoned them after they were arrested.

Matthew and Grace Huang also charge that MWH Global asked them to relocate to Qatar in 2012 to work on an infrastructure project related to the 2022 World Cup without warning them of hostility they could face as an interracial family living in the tiny Gulf Arab state.

“Plaintiffs were unaware of the dangers and nightmare that awaited them in Qatar,” lawyers for the couple wrote in their Los Angeles Superior Court lawsuit, which seeks compensatory and punitive damages for negligence, wrongful termination and infliction of emotional distress.

MWH Global, which according to its website specializes in water and hydropower engineering projects, said in a statement that the company was disappointed in the lawsuit and had provided support to the Huangs following their arrest.

“We contributed hundreds of thousands of dollars toward the cost of Matt’s criminal defense including retaining legal and medical experts in the U.S. to bolster the legal defense in Qatar,” the Colorado-based company said.

The Huangs were arrested in January 2013 after an autopsy found their 8-year-old daughter, Gloria, died of dehydration and cachexia, an irreversible loss of body mass. The couple said Gloria suffered from malnutrition-related diseases since they adopted her from Ghana at age 4.

Matthew and Grace Huang had initially been charged with murder and were convicted of lesser child-endangerment charges this year in connection with Gloria’s death, according to a support website for the family.

Those convictions were later thrown out by an appeals court.

U.S. State Department officials had expressed concerns that cultural misunderstandings could have played a role in the couple’s prosecution in a country unaccustomed to multiracial families and adoption.

The Huangs returned to Los Angeles last week from Qatar after the government there lifted a travel ban.

Matthew Huang, in an interview with CNN on Tuesday, said the U.S. government took too long to come to the couple’s aid in Qatar.

“They could have done a lot more a lot earlier,” Huang told CNN. But he added that some people in the U.S. government worked hard on their behalf.

A representative from the U.S. State Department could not be reached for comment late on Tuesday.