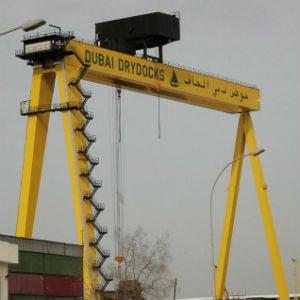 A company linked to Malaysian billionaire Robert Kuok is close to a deal to buy a majority stake in the Southeast Asia operation of Dubai shipbuilder Drydocks World, two sources said on Tuesday.

Drydocks, the shipbuilding and repair arm of Dubai World that is restructuring $2.2 billion of debt, sought insolvency protection in April. It is scheduled to announce a “global strategic alliance agreement” in Dubai on Wednesday.

The sources, speaking on condition of anonymity, said the business linked to Kuok Group, the conglomerate owned by Robert Kuok, is poised to take a majority stake in Drydock’s operations in Singapore and Indonesia. It was not immediately clear which Kuok subsidiary would perform the transaction.

Robert Kuok is Malaysia’s richest man, with a net worth estimated by Forbes at $12.4 billion. He made his fortune in sugar, palm oil, shipping and property. He also controls the South China Morning Post newspaper.

Drydocks bought its Southeast Asia operations in 2007 for about $2.2 billion and the debt stems from loans it took to fund the expansion. Like most Dubai-owned entities at the time, the acquisition was highly leveraged with financing from several local and international banks.

The company’s Southeast Asia operations consist primarily of shipyards and rigs in Singapore and Indonesia. While the company’s Dubai arm has held steady, the international operations suffered during the global financial crisis as the shipbuilding industry was hit by a slump in global trade.

Its chairman Khamis Juma Buamim said this year that the company is eyeing joint ventures for its Southeast Asia business, which could be sold off later to prospective partners if they proved to be successful.

In April, Drydocks World turned to a special tribunal to force creditors to sign up to its debt restructuring plan and filed legal proceedings in Singapore to push through the proposal.