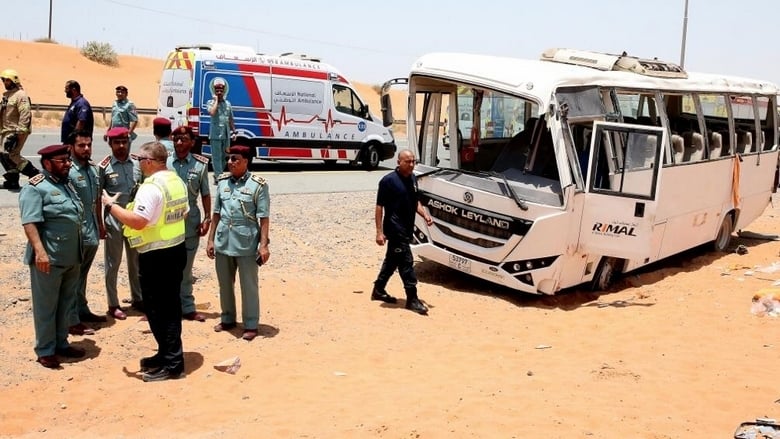 Two workers died and 31 others were injured after the bus they were travelling in veered off the road and flipped over in Ras Al Khaimah on Thursday.

Police said they were notified about the incident, which took place on on Sheikh Mohammad Bin Zayed Road, at 12pm.

Police patrols and ambulances rushed to the spot and the injured were shifted to the hospital.

Six of those injured sustained moderate to serious injuries, while 23 others only suffered minor wounds, officials said.