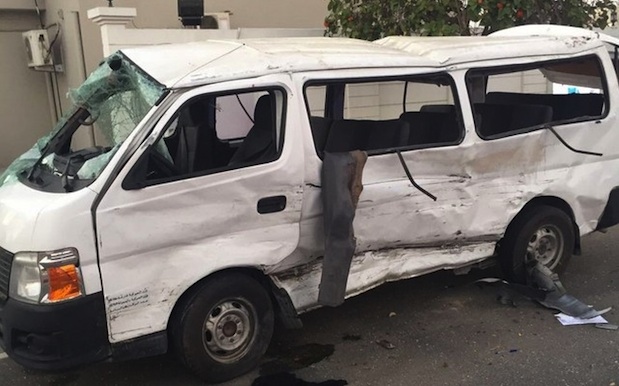 Two people were killed and eight others were injured after the mini bus they were travelling in met with an accident on Monday evening in Dubai.

The crash happened when a woman driving an SUV entered into the main road on Al Wasl Road without checking it, and rammed into a mini bus carrying 14 workers, the Dubai Police said in a statement.

While four workers sustained serious injuries, others had moderate injuries.

An officer said that the first victim died on the spot, while a second person died in hospital.

The accident occurred close to the Box Park area.