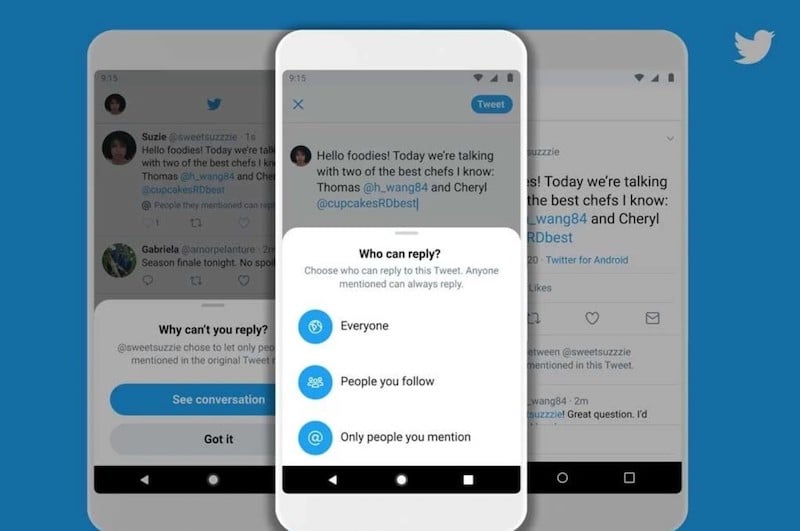 Twitter has begun testing a new feature that can significantly alter the way users interact with each other on its platform.

The feature which has been rolled out among a small group of users worldwide allows them to adjust their privacy settings to limit who replies to their tweets.

They can choose to permit replies from one of three groups: Everyone, people they follow, or people mentioned in the tweet.

A new way to have a convo with exactly who you want. We’re starting with a small % globally, so keep your ? out to see it in action. pic.twitter.com/pV53mvjAVT

Until now, the only privacy option available to Twitter users is to determine whether their tweets were visible to everyone or only to their followers.

However, the new feature allows for more focussed conversations on the social media platform which has otherwise been criticised in the past for not providing enough privacy options.

There are concerns that new privacy feature may allow celebrities, politicians, and other prominent figures to express extremist views or propagate misinformation that will then go unchallenged.

It is unknown if the feature will ultimately become universally available to all users.

But while it is expected that a few people will turn away from the platform as a result of the feature, it also has the potential to capture an entirely new audience.