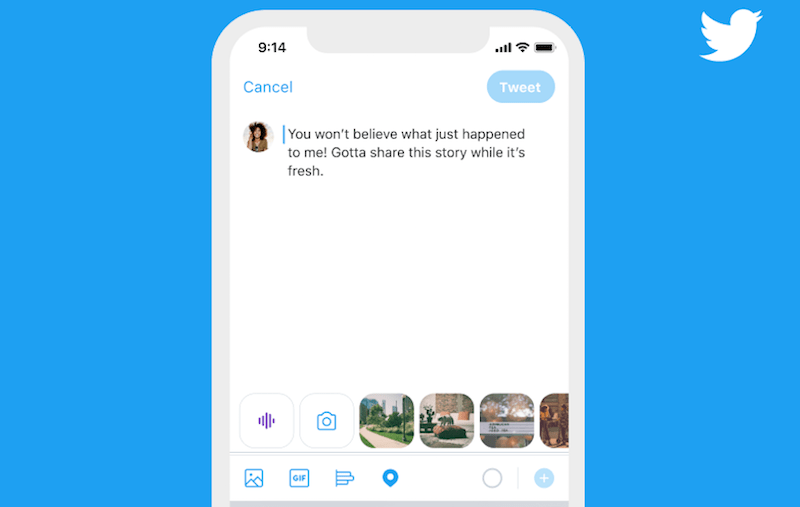 Social media giant Twitter has unveiled a new feature that allows users of the platform to use their voice to create tweets, it said in a statement on Wednesday.

However, this feature is only available to a limited number of iOS users at the moment, but will be rolled out to all iOS users over the coming weeks.

To use it, people can open their tweet composer and tap the new icon with wavelengths.

They’ll see their profile photo with the record button below it which they can use to start recording their voice tweet.

Each voice tweet captures up to 140 seconds of audio. Once the time limit for a tweet is reached, a new voice tweet starts automatically to create a thread.

After they finish recording their tweet, users can tap the ‘Done’ button to end their recording.

Twitter currently has 280-character  character for its text tweets – they doubled their limit from 140 characters back in 2017.

“Sometimes 280 characters aren’t enough and some conversational nuances are lost in translation. So starting today, Twitter is testing a new feature that will add a more human touch to the way people use Twitter – through their voices,” it said in a press statement.

These voice tweets will appear on timelines alongside regular text tweets.

A feature specific to these iOS devices, will see the playback start in a new window found at the bottom of the timeline allowing users to continue scrolling while they listen to the tweet.

“They can continue to keep listening while doing other things on their phone or while on the go,” the company added.

In related developments from the social media platform, Twitter recently said that it had begun testing a new feature among a small group of users worldwide, that allowed them to adjust their privacy settings to limit who replies to their tweets.

They can choose to permit replies from one of three groups: Everyone, people they follow, or people mentioned in the tweet.