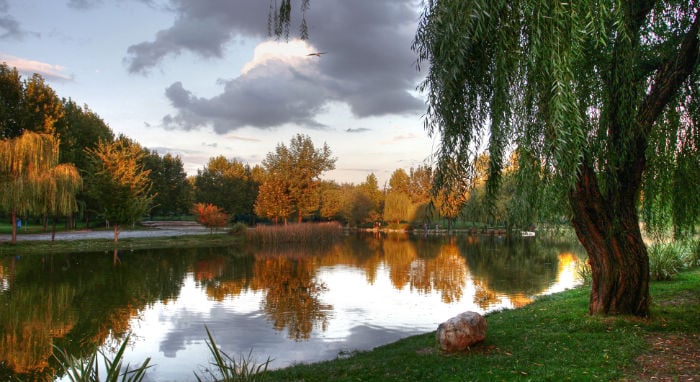 The project, called Dagyenice Thermal Tourism Center, is spread across 1,006 hectares and is being developed around a large lake. It will include 10 hotels, 2000 villas, a golf village, organic farms, forests and spa and wellness centres, among other amenities. Cable car facilities are also expected to be built over the area.

The development will also include the city’s famous thermal springs, which are renowned to have healing properties.

So far, deals worth around $1 billion have already been signed, revealed Vedat Muftuoglu, the vice governor of Bursa.

Some of the hotels that have confirmed presence include Hilton, Sheraton, Marriott and Crowne Plaza, he said. Work on the project will begin in May 2013, he added.

The development is still seeking investors for the remainder of the project, and is hoping to attract wealthy individuals and corporations from the GCC mainly because of strong tourism ties with the region.

They have already seen interest from Gulf investors, mainly for the villa projects within the development, Muftuoglu said.

The number of tourists traveling to Turkey from the GCC has increased strongly in the last few years; visitor numbers from the UAE grew over 370 per cent and those from Qatar rose 600 per cent between August 2011 and August 2012, according to official figures.

Dubbed Turkey’s Detriot, Bursa is one of the major industrial hubs in the country and has a burgeoning automotive sector with brands like Renault and Fiat hosting manufacturing units in the city. Bursa is also known for its fresh and processed food sector and its silk textile industry.

Thanks to locations such as Mountain Uludag, a popular ski destination in the winter, the city is now investing heavily in its tourism sector and is hoping to increase its tourist numbers from 500,000 per year currently to five million per year by 2023, stated Muftuoglu.

As part of that ambitious goal, the city is also developing a $6.7 billion major motorway project that will include railway and roadway projects connecting Bursa to the rest of Turkey’s main cities.

A part of this contract has already been awarded to a consortium consisting of one Italian firm and five Turkish firms, revealed Muftuoglu.

Bursa is also in the process of beginning its own airline that will be managed and operated privately said Recep Altepe, Bursa’s mayor. Negotiations are still on for the project, and Altepe said he was not sure when it will begin operations.

However, the city has just begun operating seaplanes between Bursa and Istanbul, which will reduce travel time between the two cities from around four hours (by road), to just 20 minutes.

All these projects will improve infrastructure and facilities in Bursa, said Altepe and will hopefully draw more tourists and investors from the Gulf.