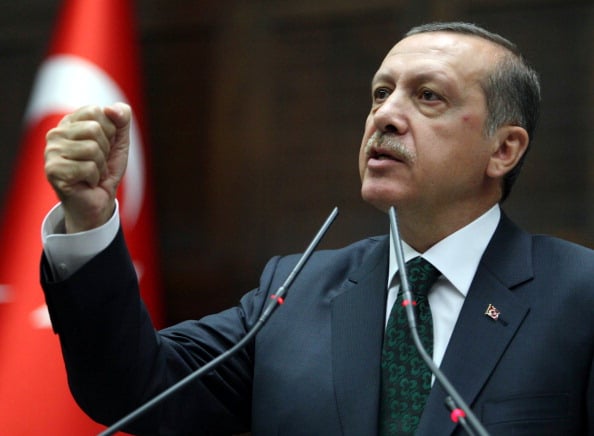 Turkish President Recep Tayyip Erdogan will meet with Saudi Arabia’s King Salman in Jeddah on Sunday in an attempt to defuse regional tensions linked to the Qatar crisis.

The visit is deemed of particular significance after a Turkish military base in Qatar emerged as a key point of contention between the country and its neighbours Saudi Arabia, the UAE, Bahrain and Egypt after they severed political and economic ties.

Turkey has appeared to back Qatar in the dispute by providing cargo planes of food and bolstering the base since the isolation of the Gulf state began on June 5.

Representatives of the four countries had previously called for the base to be closed in a list of 13 demands sent to Qatar. Last week, the group reduced these demands to six broader principles but it was clear the base remained a point of concern at a media briefing at the United Nations.

“If Turkey wants to play a constructive role they are welcome to do so, but trying to find the role through military bases or military intervention would not be productive, and would not fare well for Turkey’s reputation in the Arab world,” said Saudi Arabia’s UN Ambassador, Abdallah Al Mouallimi.

Turkey’s presidential spokesman, Ibrahim Kalin, said the country had adopted a “constructive role” since the start of the crisis and has called for a resolution through dialogue.

He said Erdogan would discuss “bilateral relations and other regional issues such as Iraq, Syria, terrorism, Palestine and Al-Aqsa Mosque” during meetings with Gulf leaders this week.

Yesterday Kalin also stressed the importance of the role of the Saudi King in the dispute.

“Since Saudi Arabia is the most powerful and significant country in the region, a constructive role by this nation is extremely important. In the same way, the mediation efforts of the Emir of Kuwait are also very valuable,” he said.