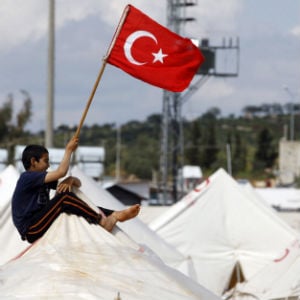 In spite of, or perhaps because of, its failure to join the European Union, Turkey has evolved into a poster child for Eastern European economic success in the past decade.

Analysts believe that Turkey has a bright future, with briskly growing GDP, and a highly entrepreneurial population.

Its growth and outlook have put it head and shoulders above the rest of Europe. As long as Turkey can deal with a growing current account deficit, its near- term future seems assured.

A member of the G20, Turkey had GDP of $735 billion in 2010, putting it 17th worldwide by nominal GDP. With growth rates in excess of most of its emerging market peers – the IMF put real growth at 6.6 per cent in 2011 and forecast 2.2 per cent this year – Turkey has built its economy by promoting trade, and working to develop agriculture, construction and industry. Indeed, even the nomenclature in Turkey’s case is confusing, with some analysts referring to it as “emerging,” and others “developed.”

Turkey is working to solve its energy dilemma, as it is a net importer of oil and gas to the tune of about $25 billion a year, or three per cent of GDP, but there is promise of major subsea gas finds.

Turkey ranks 10th in the world in steel production, and boasted output of 29 million tonnes in 2010. Forbes estimated in March 2010 that Turkey’s financial capital, Istanbul, had the fourth-largest number of billionaires (28) in the world after New York (60), Moscow (50) and London (32). Forecasts put GDP for Turkey at about $770 billion in 2011.

“On the question of joining the EU, Turkey was not treated very fairly,” says Timothy Ash, Global Head of Emerging Markets research and strategy, RBS Global Banking and Markets. “It was not a level playing field. They are less enthusiastic now that the euro is in a mess.”

Recep Tayyip Erdogan has won elections three times as Turkish Prime Minister, each by increasing margins. In 2002, his Justice and Development Party (AKP) won 34 per cenr of the vote, in 2007 47 per cent and in 2011 50 per cent.

“Most have learnt to live with the secular-AKP clash,” says Ash. “This government is pretty moderate. There has been no move towards conservatism.”

Foreign relations with Israel have gone into deep freeze over its treatment of Gaza, and Erdogan has been tough on Syria, particularly as his country serves as a conduit for Syrian dissidents, and his southern border has turned porous for Syrian refugees fleeing the Assad regime carnage.

Turkey’s success is in stark contrast to the fortunes of the rest of Eastern and mainland Europe, where the banking crisis has yet to be resolved. “I doubt emerging Europe will generate growth for some time to come. European growth will be very subdued for an extended period,” Ash says.

Europe is faced with a grim scenario, from which it will be difficult to extricate itself. “Foreign multinationals don’t favour Europe any more. They prefer India and Asia. Europe has very bad demographics, with high labour- dependency ratios, and low worker- participation rates.”

“Eastern Europe has been characterised by balance-sheet cleansing and European bank deleveraging in recent quarters, both in Western and Eastern Europe. Problems, if they come, would likely be in the Balkans because of the high rates of Italian and Greek bank ownership,” he adds.

“Turkish, Russian and Asian banks are the only banks able to buy banking assets at the moment. Credit growth has been very weak except in Russia and Turkey. There has been a collapse in FDI across the region.”

Ash says Turkey is marking itself out from the rest of emerging Europe as one of the “new BRICs”, due to its vibrancy and dynamism. He points to several positives in Turkey’s favour. First, Turkey’s new-found political stability has provided the basis for sure progress. “We can’t underestimate the importance of this for Turkey.”

Erdogan’s third-term election victory was characterised as a battle between secular and religious. He says the judiciary, civil service and military are now under the thumb of the government. “The generals are back in the barracks.”

Second, Turkey has the best demographics in the region. It has one million entrants to the jobs market a year, but last year succeeded in creating 1.5 million new positions.

Marriage, new family creation, and state housing programmes have topped the government’s agenda. “The AKP has delivered on the basics to the population, with its social-conservative agenda.”

“They’re everything that Europe [isn’t],” says Ash. Fourth, domestic and foreign trade are booming, whether it is a question of white goods or televisions to Syria, Iran and the Middle East. Turkey’s diplomatic missions are scouting for business, and trade missions are taking place across the Middle East and Africa.

“Erdogan is a politician with leadership and vision. He is rebuilding trade ties with the Middle East,” Ash says.

Turkey does face dangers. Turkey’s macroeconomic cycle has fallen prey to boom-bust dynamics in the last decade. While growth has been good since 2010, the global crash caused nominal year-on-year growth to plummet by 16 per cent in 2008-09.

This has caused currency depreciation – and growing inflation – and meant that industrialists have turned to importing the raw and intermediate goods required for expansion, leaving domestic suppliers out in the cold – a classic case of emerging market growth weakness.

This has led to a worrying expansion of Turkey’s current account deficit to just over 10 per cent of GDP in 2011, which has only exacerbated currency depreciation, and left Turkey prey to systemic Eurozone problems at a time when EU governments and investors are deleveraging rather that ratcheting up exposures. Credit expansion has also been rapid.

The IMF, after conduction its Article IV consultation with Turkey in December, said it “was concerned that heightened risk aversion or deleveraging by European banks could sharply limit external financing, causing further depreciation, fx funding strains for banks and corporates amid low reserve buffers, and compressing imports and credit. As in 2008-09, the effect on growth could be harsh.”

Some fear the Turkish economy is once again overheating. The current account deficit reached a record $77 billion, or over 10 per cent of GDP in 2011, Ash says, meaning that Turkey was importing considerably more than it was exporting.

External financing will be required to offset the difference here, but with Turkey’s requirement among the highest in emerging markets, at over 200 per cent of foreign exchange reserves, this is a warning light that is flashing.

“Could external financing be Turkey’s Achilles heel?” Ash asks. “Some $134 billion of debt falls due in the next 12 months. Turkey needs to find external financing of $200 billion. It has one of the highest external financing requirements as a percentage of foreign exchange reserves in the world. This is a form of dissaving, as the country consumes more than it produces.”

Not only does external financing leave Turkey prey to additional costs of funds, but also further stimulates currency depreciation. Turkey is therefore on the lookout for new foreign direct investment. Failure to achieve accession to the EU has meant a growing eastwards stance towards the more familiar Muslim world, and makes the GCC an ideal candidate for FDI in future.

TURKET AND THE MIDDLE EAST

To finance the current account deficit, Turkey welcomes increased Middle East F
DI flows. GCC countries account for the largest share of FDI into Turkey from the MENA region. That the GCC is indeed a new source of financing for Turkey is certainly borne out by the figures: the stock, or cumulative total, of GCC FDI into Turkey jumped a staggering 711 per cent in 2005 to $4.2 billion, and hit $13.3 billion in 2010. However, the GCC figure fell 28.7 per cent in 2008 due to the financial crisis.

Turkey has also won plaudits for accessing international debt markets, which has been a success, given the current benign domestic economic conditions. “The Turkish Treasury’s institutional capacity is the top in Europe. Doing over $10 billion of Eurobonds in global markets is difficult,” says Ash.

“Investment from the Middle East has been in real estate, construction, tourism, but there is not much manufacturing,” says Ash. “There is also a trend towards investing in energy with foreign partners.” Ash thinks Middle East money can to help bridge the gap. “Historically, there are close cultural ties. From both sides, there is great mutual interest. The Middle East has surplus cash.”