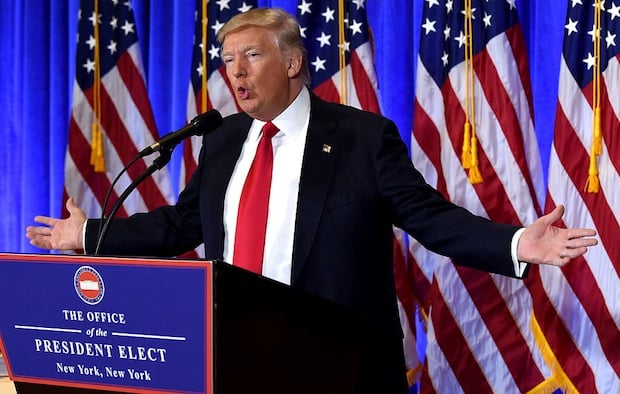 Donald Trump is being urged by some top advisers not to bring back US economic sanctions on Iran this week, a move by the president that would effectively end a 2015 deal to limit Tehran’s nuclear ambitions.

Two senior administration official told Reuters on Wednesday that Trump’s top advisers were recommending that he not reimpose sanctions on Iran that were lifted under the agreement between Iran, the United States and other world powers.

But Trump, who has previously vowed to scrap the nuclear pact, is privately expressing reluctance to heed the advisers, the officials said.

The US Congress requires the president to decide periodically whether to certify Iran’s compliance with the deal and issue a waiver to allow US sanctions on Iran to remain suspended. The next deadline is Friday.

Trump will seek to make a final decision on the sanctions during a meeting with national security aides on Thursday, the senior officials said.

If Trump did waive the sanctions, one official said, the administration would nevertheless impose new, targeted measure on Iranian businesses and people.

A third US official said Trump was expected by some officials to renew the sanctions waivers but stressed that no final decision had been made.

Trump has gnashed his teeth at having to waive the sanctions again, believing his predecessor, Democratic President Barack Obama, negotiated a bad deal for the United States in agreeing to the accord, known as the Joint Comprehensive Plan of Action (JCPOA).

Hailed by Obama as key to stopping Iran from building a nuclear bomb, the deal lifted economic sanctions in exchange for Tehran limiting its nuclear ambitions. It was also signed by China, France, Russia, Britain, Germany and the European Union.

Iran says its nuclear programme is only for peaceful purposes. It has said it will stick to the accord as long as the other signatories respect it, but will “shred” the deal if Washington pulls out.

Trump in October chose not to certify that Tehran is complying with the deal and warned he might ultimately terminate it. He accused Iran of “not living up to the spirit” of the nuclear agreement even though the International Atomic Energy Agency says Tehran is in fact in compliance.

The first official said a decision not to waive the sanctions would leave the United States in violation of the agreement.

“You either waive the sanctions or you don’t and if you don’t you’re in breach of the JCPOA,” the official said.

Congressional hardliners on Iran like Republican Senators Marco Rubio and Tom Cotton have called for the reimposition of sanctions, an end to the nuclear deal and the new sanctions on Iran.

But some liberal Democrats who support the deal want to pass legislation that would make it harder for Trump to pull Washington out without congressional consent.

Trump and his top advisers have been negotiating with US lawmakers on Capitol Hill to try to change sanctions legislation so that he does not face a deadline on whether to recertify Iranian compliance with the nuclear deal every 90 days.

Senate Foreign Relations Committee chairman Bob Corker has been working on amending a US law to include “trigger points” that if crossed by Iran would automatically bring back US sanctions.

The trigger points would address strengthening nuclear inspections, Iran’s ballistic missile programme and eliminate the deal’s “sunset clauses” under which some of the restrictions on Iran’s nuclear program expire over time.

Corker told Reuters that if Trump does not listen to his team, and pulls the United States out, there is no point in pursuing the legislation.

“But most of the general view around him, with his team, with all of his foreign policy leaders, his cabinet members, is I think hoping that he’ll continue to waive sanctions and to try to support what his team has been working with us on for eight or nine months,” Corker said.