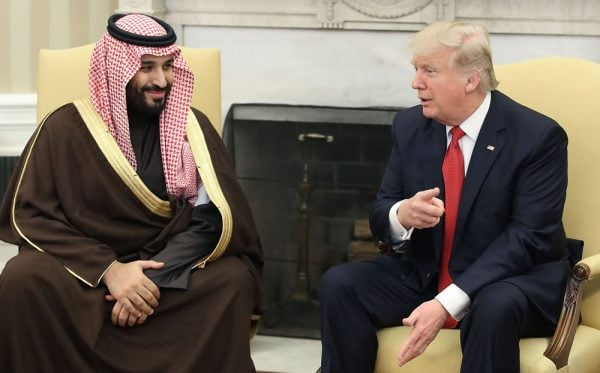 “The two leaders discussed Saudi Arabia’s critical role in ensuring stability in the Middle East and in the global oil market. They also discussed the threat posed by the Iranian regime’s escalatory behavior,” White House spokesman Hogan Gidley said in a statement.

The phone call took place in the wake of Iran’s shooting down of an unmanned U.S. drone in the Gulf region, which prompted Trump to prepare but ultimately hold back from launching a retaliatory attack.

There was no word from the White House statement on whether Trump raised with the Crown Prince the death last October of Saudi journalist Jamal Khashoggi.

A 100-page report by the U.N. special rapporteur on extrajudicial executions, Agnes Callamard, earlier this week accused Saudi Arabia of a “deliberate, premeditated execution” and said the crown prince should be investigated for it.