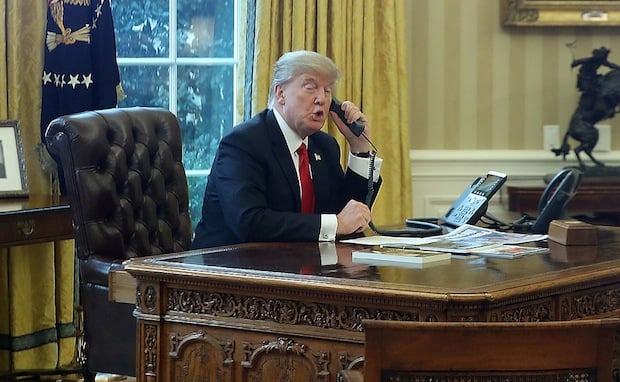 Trump spoke for over an hour by telephone with King Salman, agreeing to step up counter-terrorism and military cooperation and enhance economic relations, a senior Saudi source said.

The source had no word on whether the two leaders discussed Trump’s order to put a four-month hold on allowing refugees into the United States and temporarily ban travellers from Syria and six other Muslim-majority countries.

The source said the call between the king and Trump “resulted in agreement on many important matters, including enhancing the participation of the two countries in fighting terrorism, extremism and its funding.”

Both countries share views about Iranian policies in the region, the source said, suggesting Trump agreed with Riyadh’s suspicion of what it sees as Tehran’s growing influence in the Arab world. Iran denies it meddles in Arab countries. The source said Saudi Arabia would enhance its participation in the US-led coalition fighting to oust ISIL from its strongholds in Iraq and Syria.

Meanwhile Sheikh Mohamed bin Zayed received the call from Trump on Sunday night, and both “emphasised their commitment to realise stability and security in the region” and support joint efforts to counter extremism, violence and terrorist groups, official news agency WAM reported.

Sheikh Mohamed “affirmed that extremism and terrorism have no religion or identity and the groups that preach false slogans and ideologies seek to disguise their criminal intention in spreading chaos and destruction”.

“The UAE is looking forward to overcome this stage of chaos and instability in the region through joint co-operation and efforts that serve mutual interests, achieve peace and stability and restore security,” he said.

Other issues of common concern were also discussed during the conversation, the report added.