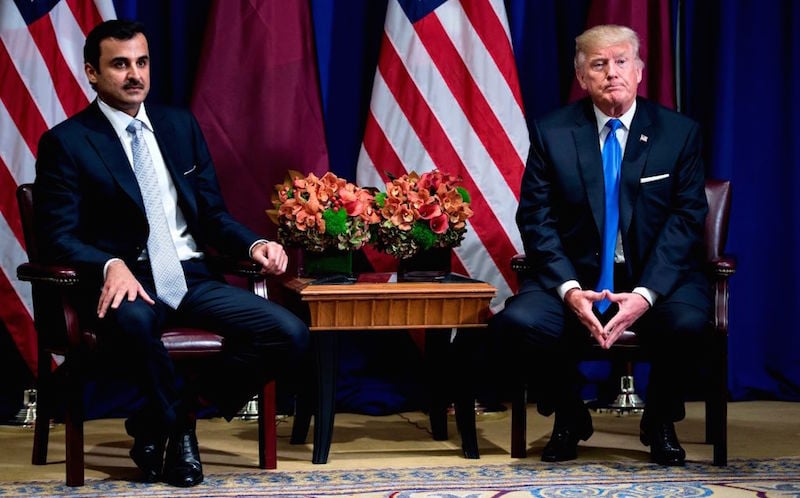 US President Donald Trump on Tuesday said he expected a crisis pitting Qatar against four Arab states to be resolved quickly.

Saudi Arabia, the UAE, Egypt and Bahrain cut diplomatic and trade links with Qatar on June 5, suspending air and shipping routes with the world’s biggest exporter of liquefied natural gas, which is home to the region’s biggest U.S. military base.

The nations say Doha supports regional foe Iran and Islamists, charges Qatar’s leaders deny. Kuwait has been trying to mediate and the United States has taken an increasingly robust role in trying to end the crisis, but as yet to no avail.

Trump and Qatar’s emir Sheikh Tamim bin Hamad al-Thani held a meeting in New York at the UN General Assembly in which the emir was careful to emphasise the strong Qatar-U.S. relationship after Trump appeared to be more sympathetic to the Saudi position at the start of the crisis. Qatar hosts Al Udeid air base, the largest U.S. military facility in the Middle East.

Trump, who has said he would be willing to mediate the worst dispute in decades among the U.S.-allied Arab states and Qatar, said he had a “very strong feeling” the dispute would be solved “pretty quickly”.

Earlier this month, Saudi Arabia suspended any dialogue with Qatar, accusing it of “distorting facts,” just after a report of a phone call between the leaders of the two countries suggested a breakthrough in the Gulf dispute.

Saudi Arabia’s Crown Prince Mohammed bin Salman spoke by the telephone with Qatar’s emir in the first publicly reported contact between the two leaders since the start of the crisis.