Trump and the GCC: What can we expect? - Gulf Business 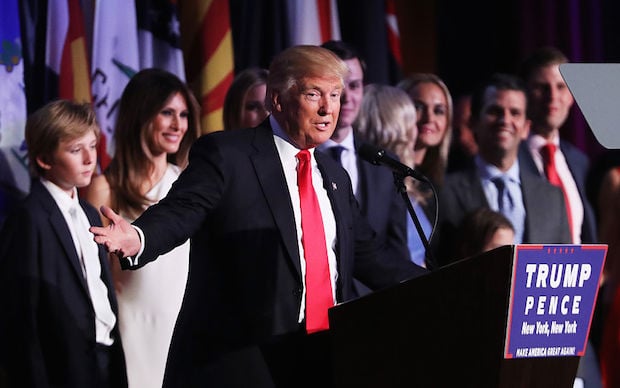 When Donald Trump enters the White House as President of the United States of America in January, the world will be faced with an unknown quantity on a political level. What is certain is the global concern born out of his aggressive and divisive campaign – concern that has been reflected in market fluctuation. We look at what the Trump presidency could mean for the Gulf region

What was once a joke perpetrated by the writers of comedy cartoon The Simpsons has become a reality.

When the long-running animated show mockingly portrayed Donald Trump as the president of the United States 16 years ago, few – if any – could have predicted their gag would prove prophetic.

But with Trump’s victory in November’s presidential election, this is exactly what will happen when he is sworn in as the county’s premier in January.

With Americans divided over his ascendency, question marks have been raised regarding Trump’s ability to establish any kind of popular command on home soil. And to add to his mounting workload, the business magnate must seemingly work overtime to convince foreign governments not only of his credentials as a serious politician, but also his ability to work as a progressive international partner.

This challenge is perhaps most keenly felt in the Gulf Cooperation Council – a region Trump has antagonised in recent months with comments including his infamous proposal to put a ban on Muslims entering the US.

News agency Reuters highlighted the magnitude of this particular struggle when it wrote: “The future of the Middle East’s top foreign ally is, in the words of a Saudi prince, an anti-Muslim “disgrace”, openly disdainful of Arab security partnerships, who believes Saudi Arabia would cease to exist for long without the United States.”

Concerns were also voiced in other parts of the GCC, including the UAE where Dubai’s deputy chairman of police and general security Lieutenant General Dhahi Khalfan Tamim warned about the danger of a Trump win back in March, writing on Twitter about a potential “clash of civilisations” if the Republican candidate won. But now that the supposedly unthinkable has happened, major players in the region have made moves to start out on a path of cooperation and goodwill. 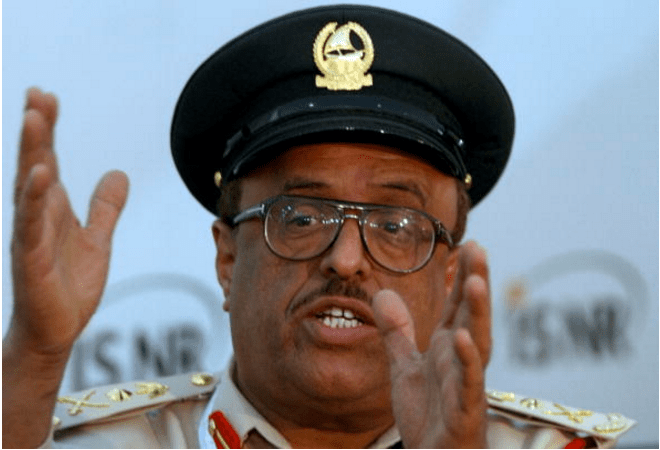 For their part, Gulf leaders sent their congratulations and good will to Trump immediately after his victory.

The Vice President and Prime Minister of the UAE and Ruler of Dubai Sheikh Mohammed bin Rashid Al Maktoum took to Twitter to express his good wishes.

“We offer our congratulations and best wishes both to President Elect Donald Trump and to the American people,” he wrote.

“We look forward to share our message of hope, peace, tolerance and development for a better world.”

Saudi state news agency SPA reported that King Salman wished Trump success in “achieving security and stability in the Middle East and the wider world”, while Qatar’s Minister of Foreign Affairs, Mohammed bin Abdulrahman Al Thani, wrote on Twitter: “We congratulate @realDonaldTrump for being elected as 45th President of #USA. Look FW to strengthen #Qatar #US cooperation in all fields.”

Newspaper Kuwait Times reported that: “His Highness the Amir Sheikh Sabah Al-Ahmad Al-Jaber Al-Sabah sent a congratulatory cable yesterday to Trump on winning the US presidential elections. The Amir expressed hopes that Kuwait and the US will continue their strong historic relations, working together for a brighter future for the world.”

Customary as they may be, these comments suggest a willingness to work with President Trump, and have been echoed by business leaders in the region.

Following a public spat with Trump on Twitter, Saudi business magnate Prince Alwaleed bin Talal — the prince who branded Trump a disgrace — wrote: “President elect @realDonaldTrump whatever the past differences, America has spoken, congratulations & best wishes for your presidency.”

In an interview with CNBC he added “I have no problem with him right now, and I’m very happy to interact with him.”

Another one-time critic of Trump, Dubai’s Khalaf Al Habtoor, also offered positive comments to local media, saying that the GCC can work “very well” with Trump as President, and that he must “re-establish the long relationship the GCC has with America”.

Less encouraging, however, was the market reaction to the shock of Trump’s win. Stock markets in the Gulf fell sharply as the result of the election became clear, with Saudi Arabia’s index pulling back 2.7 per cent in the first 10 minutes of trade as more than nine-tenths of traded shares declined.

Dubai’s market sunk 2.7 per cent, with notable drops including Emaar Properties (losing 3.5 per cent) and Dubai Investment (losing 3.9 per cent), while Abu Dhabi’s index was down 1.7 per cent. Aldar Properties was particularly hard hit, retreating 3.8 per cent. Doha’s index went down 2.2 per cent.

Investors seemed to fear economic and trade turmoil around the world with years of unpredictability on policy – all of which could discourage the Federal Reserve from raising interest rates in December.

Oil prices also fell after the results of the election, with crude tumbling by 4 per cent early on, leaving prices at $43 – a near two-month low – before bouncing back shortly afterwards. Gold however jumped by $70 to a high of $1,337.

Suffice to say there is more than an air of anxiety in the region following Trump’s winning campaign, with predictions of difficulties ahead.

Speaking on the day of the result, Faisal Durrani, partner – head of research at Cluttons, said: “This morning’s shock result is already reverberating around the world and creating further anxiety in an already uncertain economic environment.

“While it’s still early days, immediate concerns are around the resilience of oil prices, which are sliding this morning along with a weaker dollar, suggesting we may need to buckle up.”

However, he added that the weaker dollar could benefit markets in the GCC, saying: “This may well strength the appeal of a regional investment, helping markets such as Dubai and more secondary locations like Doha, perhaps, benefit from any temporary recoiling in global property investment appetite.”

Quoted in The National, John Sfakianakis – director of economic research at the Gulf Research Centre in Riyadh – highlighted a potential problem for Arab investors in the US, with billions of dollars of GCC investments at stake.

“Investors from the region won’t liquidate, as much will depend on actual policy change that goes beyond the mere rhetoric,” he said.

“Yet if the rhetoric becomes policy, then investors will have to look for safe havens and that will not be as easy as one thinks.”

On a social level, Samer Chehab, chief operating officer of comparison site compareit4me.com believes his presidency could put American expats in the region in a “tricky position”.

He said: “Trump came out with mad policy ideas in the run-up to the election, and if he enacts any of them as President, it could spell bad news for American expats in the Gulf.

“For example, Trump’s ideas of limiting Muslims’ access to the United States would be disastrous for US-Gulf relations. The Gulf countries could retaliate by making it more difficult for American citizens to travel in the region, or by placing credit restrictions on them.”

He added that if American business interests were threatened in the region, it could impact the tens of thousands of Americans employed by US companies in the Gulf.

“What happens to those jobs if the business relationships between the US and Gulf countries turn sour? It’s definitely worrying, so we’d advise American expats to put any big spending plans on hold until it’s clear that their ability to work in the Gulf is safe.” 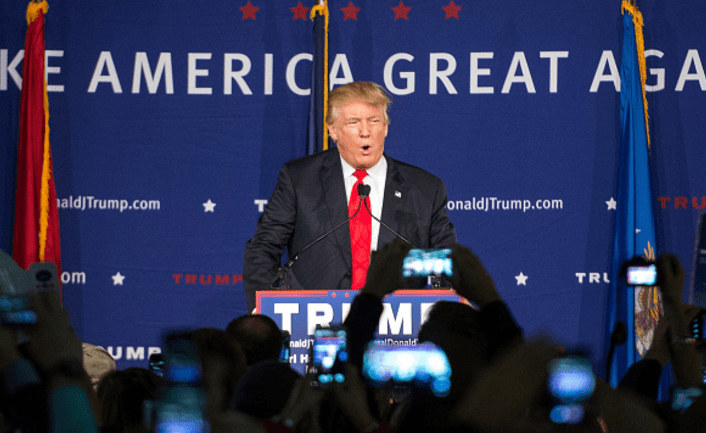 There are also major concerns over Trump’s environmental stance – with commentators suggesting his scepticism of climate change could derail global efforts to reduce the impact of global warming – as well as his vow to rip up the international nuclear deal with Iran.

There could also be an impact on students from the Gulf, with many said to be reconsidering their options having initially planned to pursue higher education in the US – a trend largely driven by anxieties over Trump’s rhetoric on Muslims and increasing reports of hate crimes in the country.

However seriously Trump applies his demagogic approach as candidate to his role as president – border wall, Obamacare, Iran nuclear deal, Muslim ban et al – there will be a number of issues concerning the GCC and Middle East that he will need to engage with sensitively.

America has its fingers in numerous Arab pies. The coalition intervention in Yemen and the chaos of Iraq and Syria are two areas of foreign policy where the Trump administration will be closely scrutinised. And then there are trade relationships, cyber security, and numerous other issues to consider. All of which are key US interests, which will demand that he works closely with regional allies.

Like him or loathe him, there is no escaping the reality that Donald Trump will be the President of the United States of America in the new year.

His inflammatory rhetoric as the Republican candidate proved divisive at home and set alarm bells ringing abroad, and with his inauguration imminent businesses and governments across the region have already had to adjust to this new political reality and its implications.

Whether or not Trump will follow through with his election promises and threats, the world – including the GCC – has braced itself as it waits to see what changes and challenges the new presidency will bring.