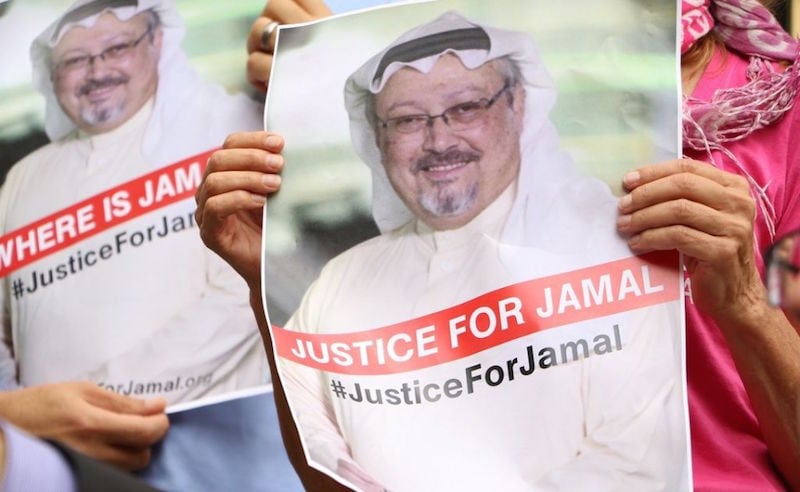 US President Donald Trump joined European leaders on Saturday in pushing Saudi Arabia for more answers about Jamal Khashoggi after Riyadh changed its story and acknowledged that the journalist died over two weeks ago at its consulate in Istanbul.

Saudi Arabia said early on Saturday that Khashoggi, a critic of the country’s Crown Prince Mohammed bin Salman, had died in a fight inside the building.

Germany called that explanation “inadequate” and questioned whether countries should sell arms to Saudi Arabia, while France and the European Union urged an in-depth investigation to find out what happened to the Washington Post columnist after he entered the consulate on October 2 for documents for his marriage.

Turkish officials suspect Khashoggi, a Saudi national and US resident, was killed inside the consulate by a team of Saudi agents and his body cut up.

The Khashoggi case has caused an international outrage and frayed political and business ties between Western powers and US ally Saudi Arabia, the world’s No.1 oil exporter.

Asked during a trip to Nevada if he was satisfied that Saudi officials had been fired over Khashoggi’s death, Trump said: “No, I am not satisfied until we find the answer. But it was a big first step, it was a good first step. But I want to get to the answer.”

Trump’s comments about the Khashoggi incident in recent days have ranged from threatening Saudi Arabia with “very severe” consequences and warning of economic sanctions, to more conciliatory remarks in which he has played up the country’s role as a US ally against Iran and Islamist militants, as well as a major purchaser of US arms.

He had earlier called the Saudi narrative of what happened to Khashoggi credible.

Riyadh provided no evidence on Saturday to support its account and made no mention of what had become of Khashoggi’s body.

French foreign minister Jean-Yves Le Drian called for a full investigation and German Chancellor Angela Merkel, in a joint statement with her foreign minister, said the Saudi account was not enough.

“We expect transparency from Saudi Arabia about the circumstances of his death … The information available about events in the Istanbul consulate is inadequate,” the Germans said.

Trump said it was possible that Prince Mohammed had been unaware of the circumstances around the death of Khashoggi, 59. Trump said he would speak with the prince.

Trump, who has forged close ties with Saudi Arabia and the crown prince, said he was concerned that it was unclear where the journalist’s body is.

Turkish investigators are likely to find out what happened to the body “before long”, a senior Turkish official said earlier on Saturday.

Trump said no one from his administration has seen video or a transcript of what happened inside the consulate.

Saudi Arabia had until now strenuously denied that Khashoggi had died in the consulate.

But the Saudi public prosecutor said on Saturday that a fight broke out between Khashoggi and people who met him in the building, leading to his death. Eighteen Saudi nationals had been arrested, the prosecutor said.

A Saudi official told Reuters separately: “A group of Saudis had a physical altercation and Jamal died as a result of the chokehold. They were trying to keep him quiet.”

Khashoggi’s Turkish fiancée, Hatice Cengiz, tweeted in Arabic: “They have taken your body from this world, but your beautiful smile will stay in my world forever.”

The crisis prompted the king to intervene, five sources with links to the Saudi royal family told Reuters.

The king also ordered a restructuring of the intelligence service, to be led by Prince Mohammed, suggesting the prince still retained wide-ranging authority.

Saudi Arabia’s regional allies – including Egypt, Bahrain and the United Arab Emirates – issued statements in praise of the king.

The dismissed official Qahtani, 40, rose to prominence after latching onto Prince Mohammed, becoming a rare confidant in his inner circle.

Sources say Qahtani would regularly speak on behalf of the crown prince and has given direct orders to senior officials including in the security apparatus.

Asiri joined the Saudi military in 2002, according to Saudi media reports, serving as spokesman for a coalition backing Yemen’s ousted president after Prince Mohammed took Saudi Arabia into that country’s civil war in 2015. He was named deputy chief of foreign intelligence in 2017.