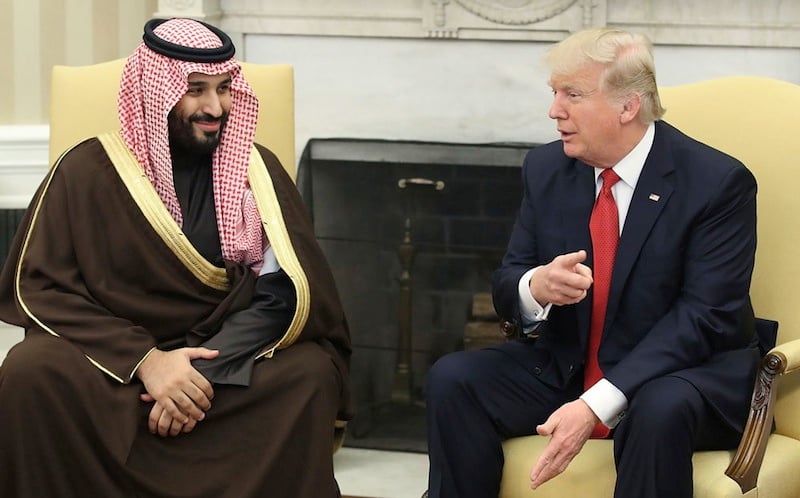 US President Donald Trump discussed Iran’s “destabilising activities” and other security and economic issues in separate telephone calls with senior Saudi and Emirati leaders on Tuesday, the White House said.

Saudi Arabia and the UAE, along with Bahrain and Egypt, cut off travel and trade ties with Qatar in June, accusing it of supporting terrorism and their arch-rival Iran. The United States is trying to resolve the dispute.

Qatar denies the charges and says the four Arab countries aim to curtail its sovereignty.

The two crown princes, as well as Qatar’s Emir Sheikh Tamim bin Hamad al-Thani, are planning to visit Trump for bilateral meetings in March and April, a senior US official said on Friday.

The agenda for the meetings will include setting up a summit of the six-member Gulf Cooperation Council, the official said, which Washington hopes will be held later this year, as well as Middle East peace and Iran.