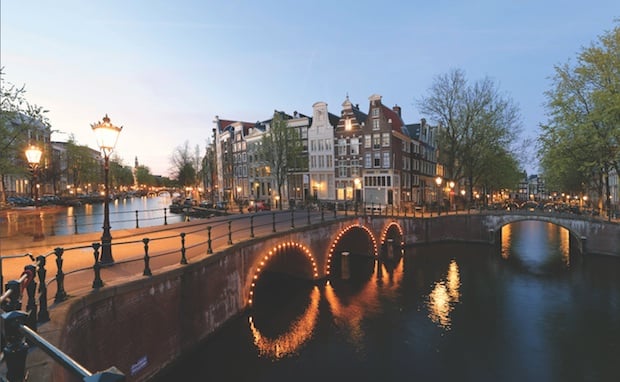 Amsterdam lives and breathes through the water.

The city was built up around its intricate canal network that boomed in trade, wealth and art during the tail end of the European Renaissance. Yet for the last two decades it has been regarded as something of a haven for hedonists – a European counterpart to Las Vegas.

But amid the crowds, the bikes and the noise, you can clearly see the municipality’s efforts to revitalise the medieval shipping port’s enduring cultural legacy through the water that pervades the city.

Among them, the 19th century Rijksmuseum – the city’s answer to the Louvre – famously underwent an enormous 10-year makeover at a cost of $500m. Re-opened only three years ago, it now stands as a monument to the country’s glorious art history; the Gothic-Renaissance architecture restored to befit the Dutch Golden Age masters Vermeer and Rembrandt.

With 8,000 objects spread through 80 rooms, a visit to the Rijksmuseum is exhausting, but art and history lovers could easily while away an entire afternoon enraptured by some of the world’s most majestic pieces. Fortunately, there are more than enough places to rest in the museum and its vicinity, including its picturesque gardens, where historic and modern sculptures sit comfortably among the neatly primed flowerbeds.

Across the turf from the grand Rijksmuseum stands the Van Gogh Museum – home to the world’s largest collection of the artist’s extensive work. Spread over three floors, the collection showcases the largely self-taught genius’s early observations of rural life in The Potato Eaters, through to his seminal masterpieces including Sunflowers and Bedroom.

Interspersed between the paintings are extensive biographical details, letter extracts between Van Gogh and his beloved brother Theo and works of his contemporaries who inspired him and helped nurture his talent.

Entwined with the explosions of brush-strokes, colour and creativity is the melancholic lead-up to Van Gogh’s infamous self-mutilation and tragic suicide at the age of 37.

If your artistic cravings remain unsatisfied even after traversing these two heavyweights, you need not travel far for more of Amsterdam’s cultural offerings. Near to the Rijksmuseum and Van Gogh Museum is the Stedelijk Museum, home to a number of exhibitions containing work from the 20th century and some of the most recent contemporary art movements. 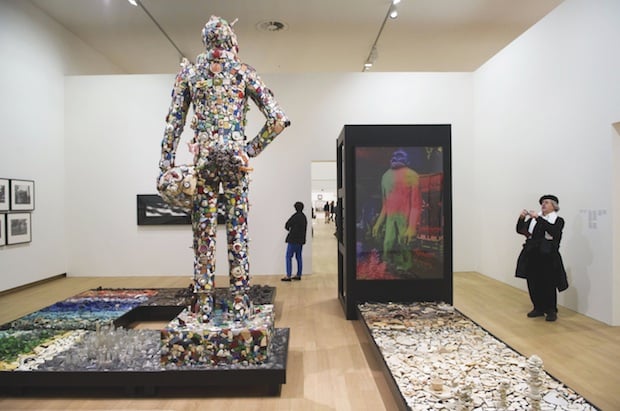 You can also hire a bicycle – by far the easiest way to get around the city – and visit the Hermitage Amsterdam, which shows off treasures on loan from the Hermitage Palace in St Petersburg, or visit the home of Rembrandt himself, where he lived in relative grandeur at the height of his success in the 1640s.

Yet if there is one point of interest in the city that should not be missed, it is the Anne Frank House – The Secret Annexe where the Jewish teenager and diarist hid with her family from Nazi persecution during the Second World War.

Reached behind the very same bookcase that covered its hidden entrance for two years, the tiny attic rooms still feels as closeted and claustrophobic as it must have done for its seven inhabitants during their time in hiding. Though devoid of its furniture, meticulous details remain intact such as the blacked-out windows and the film star postcards on Anne’s bedroom wall.

Another level as poignancy remains as you exit the attic into the museum, where original scraps of the coloured paper on which Anne wrote her famous diary 70 years ago are encased behind a glass panel.

Dotted along the house’s walls are quotes filled with Anne’s hopes, dreams and startling human insights that perhaps allow visitors some uplifting fragments from what is a powerful, moving, but ultimately heart-breaking experience.

Amsterdam’s historical legacy, however, is not limited to museums. You can also experience new strands through the city’s culinary scene. Moroccan and Turkish restaurants can now be found in abundance, from back-street kebab chains to slightly more high-end affairs such as Mamouche in the De Pijp area.

The Netherlands’ colonial past in Indonesia has left a long-established south-east Asian food scene throughout the city, which means the chance to enjoy some sumptuous rijsttafel is an occasion not to be missed.

Created specifically for the Dutch colonists, the dish consists of an assortment of small, spicy dishes served with rice and relishes. Devilishly flavoursome and more than filling, our top picks would either be Tujuh Maret, near Waterlooplein, or local favourite Blauw, found on the fringe of Vondelpark. The park itself is something of its own eaterie, serving as hugely popular barbecue spot for the city’s residents.

At the higher end of the culinary scene is the chic, waterside restaurant I-Dock, where diners can enjoy a Mediterranean-inspired menu of fresh seafood and a wide selection of sharing platters while overlooking Amsterdam’s vast former shipping wharf. As the name implies, this area was once at the centre of the city’s vast shipping trade over the last four centuries.

Following its transformation into a cosmopolitan marina, I-Dock’s large windows overlook an elegant terrace teaming with luxury boats moored on the water. Juxtaposed against the remaining old red-brick shipping houses, it is here where you see a new legacy in Amsterdam’s history emerge; one that is swish and elegant, but as ever remains rooted and tied to the water.