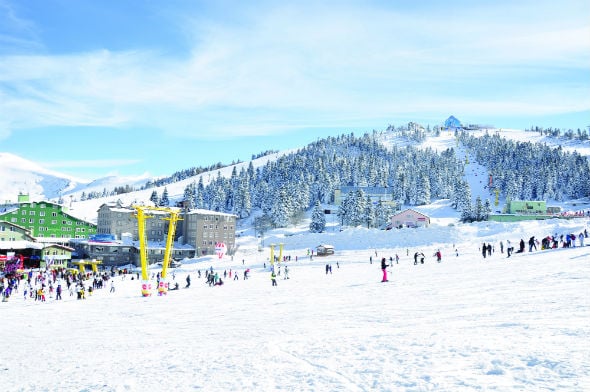 Istanbul’s blue Mosque, aya sophia and topkapi Palace are scribbled on every tourist’s itinerary. and for good reason. they are all stunning edifices that recount turkey’s tumultuous history, its vivid cultural diversity, and its unique east-West blend.

But not too far away from the bustling capital city is the country’s fourth largest city, bursa. Dubbed ‘turkey’s Detroit’, bursa is most famous for producing the Fiat and Renault cars, and for being the birthplace of the mouth-watering Iskender Kebap.

Travelling to Bursa by road from Istanbul takes roughly over four hours, and includes a ferry ride across the sea of Marmara. However, tackling Istanbul’s traffic-jammed roads is an arduous test of patience and can delay your journey by hours.

Thankfully, Bursa has just introduced 20-minute long seaplane transfers from Istanbul and is also in the process of building a massive railway project that will link the cities and hopefully promise a scenic ride across turkey.

While the Bursa government is investing heavily in developing its english-language speaking staffcount, currently you’d be prudent ensure that you hire a turkish-speaking guide for your travels.

Bursa offers plenty for tourists, but for Middle eastern travellers starved of snow, the city’s most famous mountain, uludag provides a chance to escape into a winter wonderland — complete with swiss-style skiing, chic boots and dreamy resorts.

Driving up the mountain, which is over 8,340 feet high, we were transported to a white paradise, surrounded by snow-laden conifers and quaint houses with windows aglow with golden hues. We stayed at Agaoglu’s ‘My Mountain’ hotel, which boasts elegant interiors, a charming coffee lounge and dazzling views.

Snowmobiling in the mountains is pure, unadulterated, adrenaline-pumping fun. Even, or rather, especially if it is snowing. You do need to put in a lot of effort to manoeuvre the machine, so if you are hoping to soak in the stunning ambience, find a partner to rev-up the engine and enjoy the back-seat view.

We went for an hour-long trip, which costs TL150 per bike (around $84) and includes a rest-break at a warm and tiny coffee shop, where you can slurp on a steaming cup of Salep — a delicious concoction of milk, cinnamon and honey.

After a short trip to Turkey’s Mount Olympus, having taken part in vigorous and delirious rounds of snow-fighting and having drunk innumerable cups of hot Turkish tea and Salep, we found ourselves utterly flushed but also, surprisingly, quite re-energised.

In the coming years, Bursa may well become known as the Verbier of the Middle East.