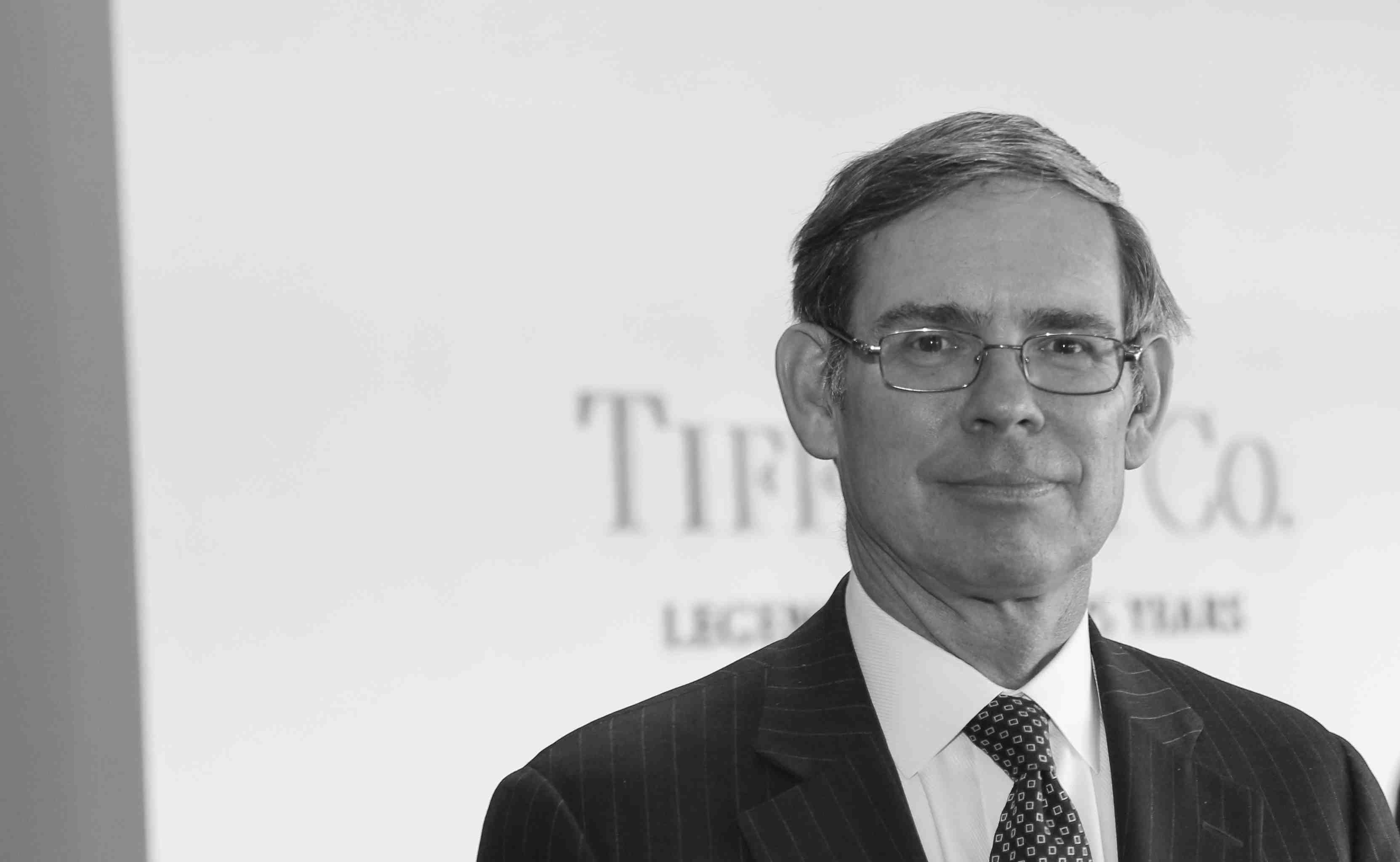 “I like to take the family on holiday to interesting places where we can all learn something. Last year we went to the Al Maha desert resort in Dubai,” the New Yorker tells me, nudging his slipped specs back into place. “The range of wildlife, it’s really something − the resort even has a nature book with all the species and a pair of binoculars.”

Mike Kowalski, the 59-year-old chairman and CEO of America’s biggest jeweller, is disarmingly earnest. Unassuming and academic, the jewellery boss is the brain behind the bling.

And, like many of the best business leaders, Kowalski made his way to the top from the finance office − he helped mastermind the firm’s transition from public to private back in the 1980s.

The Tiffany & Co boss has proven himself to be somewhat an understated gem over the past decade, quietly steering the US bellwether through some excruciatingly hard times as the recession dampened the premium-buying proclivities of America’s aspirational middle class. “Sure, it was challenging,” says Kowalski.

By 2011 the New York-headquartered firm − which apportions 91 per cent of its net sales to jewellery, and nine per cent to timepieces and tableware – reported record worldwide sales of $3.6 billion, up 18 per cent year-on-year. In a notable shift, 54 per cent of those sales were transacted outside the US, mainly in Asia.

Kowalski is in Dubai to celebrate Tiffany’s 175th birthday with a luxurious lunch event at the city’s Armani hotel. Everything in the semi-lit ballroom oozes understated sleek: the gangly, gorgeous catwalk models showcasing this season’s jewels; the Italian haute cuisine; and the just-the-right-side-of-intense jazz music.

We’re even in the company of the world’s biggest diamond: a gem so large that no one dare price it. The Tiffany-owned stone is currently enjoying a world-tour outing from its home in New York to celebrate the US jeweller’s longevity. Do they ever plan to sell it? “Oh no, never. It’s part of our heritage.”

But Kowalski, who says it’s his third time in Dubai – twice for business, once for pleasure – is not just in town to host a glamorous lunch.

The Middle East is a critical growth area for Tiffany going forward, particularly as the company’s outlook for 2012 looks flat. The firm’s Q3 results fell short of analyst expectations and left some pundits wondering whether the iconic jeweller is losing its sparkle.

The chairman blamed rising precious metal and gemstone prices, as well as a damp economic climate.

“There has been a headwind in terms of precious metal and gemstone pricing and there has been a need to raise prices in order to maintain our margins, but in the face of consumer resistance we have been very cautious about raising prices over the past few months; this resulted in squeezed margins,” Kowalski tells Gulf Business.

Much hope was riding on the Christmas holiday season, which can provide as much as 40 per cent of retailers’ takings.

However, Tiffany’s global sales only increased around four per cent year-on-year in the two months up to December 31 2013 – scarcely enough to plump up the profit margins. Shares fell on the news and currently one Tiffany share is hovering around the $62 mark.

“2012 was a challenging year, partly because 2011 was a record year for us in terms of sales and earnings growth and so our comparisons have been very challenging. What 2013 will bring, we’ll see. I dare not make a prediction about precious metal and gemstone prices,” he says.

“The macro-economic environment is always the single critical factor to our success. We are a business that is built on consumer confidence, however you measure that. Internally it’s a question of design execution and creating exciting products.”

Last year, Kowalski opened three stores in the UAE and he doesn’t plan to stop there. Historically the firm has opened 20 to 25 stores around the world each year, even during the recession – citing a focus on the “very long term”.

‘Long term’ is a phrase that Kowalski uses often. The firm’s sales growth and steadily accruing share price over the last decade have made the company a favourite with long-term investors and institutional buyers, including pension plans. As of January 24, 2013, the Financial Times consensus forecast amongst 24 polled investment analysts covering Tiffany & Co advised that the company will ‘outperform’ the market.

“So many regions of the world remain relatively underdeveloped for Tiffany – certainly the Middle East. Dubai, in particular, is an area where we’ve had success with our partner, Damas. We feel that a more intensive degree of presence and investment is something that we want to accomplish in the coming years,” says the chairman.

“Until about ten years ago Tiffany was a company that was largely focused on the US and Japan, it’s only since then that we’ve developed a truly global footprint. Tiffany is focused on all the emerging markets. We have a very modest presence at this point in Latin America, while Russia and China also have huge potential. Our objective is to expand our square footage globally by six per cent a year.”

But don’t expect a new bling range for dazzle-loving Dubai shoppers; Kowalski says that the global Tiffany designs are ‘humanly universal’ and the company rarely creates new designs based on culture and nationality.

“Our style is about understated elegance and that’s something that we are certainly not going to change.”

As the world’s middle class contingent swells in both the West and in the emerging markets, Tiffany is well positioned for the future with its global affordable luxury proposition.

“Tiffany is about things that last. Anything that stands the test of time is the ultimate statement of value,” says Kowalski, fixing his 18 carat gold Tiffany cufflinks, which are just about the only sign of extravagance on the chairman’s attire.

Kowalski, who has been at Tiffany for three decades and at its helm for 13 years, is not one to hog the limelight. He’s waiting on the long game.