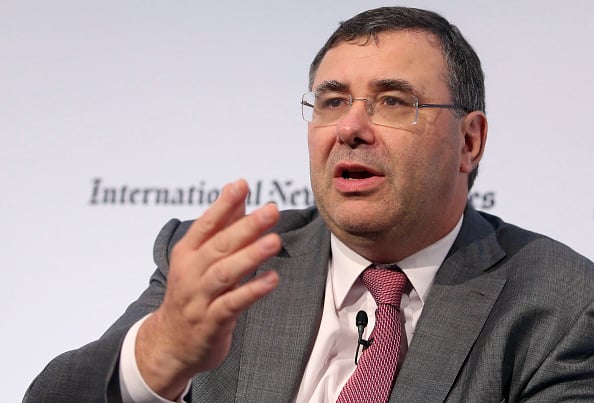 The chief executive of Total hailed the renewal of its oilfield concession in Abu Dhabi as a “blockbuster” on Thursday and did not deny the French oil major may have coughed up over $2 billion to sign the deal.

The Paris-based company raised pressure on its rivals when it became the first oil major to sign a deal on Jan. 29 with the Abu Dhabi National Oil Company (ADNOC) for a 10 percent stake in the emirate’s biggest oilfields.

Asked during an earnings presentation on Thursday if he could confirm the company had paid a ‘signing bonus’ of $2.2 billion to Abu Dhabi for the stake as mentioned by some analysts, Chief Executive Patrick Pouyanne said: “I won’t reveal the secrets of this contract. But $2 billion for two billion barrels, it’s just $1 per barrel, that’s not very expensive.”

Four oil majors — ExxonMobil, Royal Dutch Shell , Total and BP — had each held 9.5 per cent equity stakes in the ADCO concession since the 1970s and nine Asian and Western firms bid for stakes.

As of Thursday, the oil companies did not have any indication from ADNOC on the status of their revised bids after they were asked to raise their signature bonus, which is an advance payment on assuming the stake in the concession, one UAE-based source said.

“The ball is in ADNOC’s court now. But in the current climate, no company would agree to pay such a high price as being reported that Total has paid,” another source said.

The fields in Abu Dhabi produce 1.6 million barrels per day and are expected to reach 1.8 million bpd from 2017, which would account for six per cent of Total’s output.

“In the pharmaceutical industry, they have blockbusters. This is our blockbuster, and it will last for 40 years,” Pouyanne said.

“We didn’t hesitate one second. The impact of this signature goes well beyond the price of this asset, it was widely noticed and has raised our reputation in the Middle East,” he said.