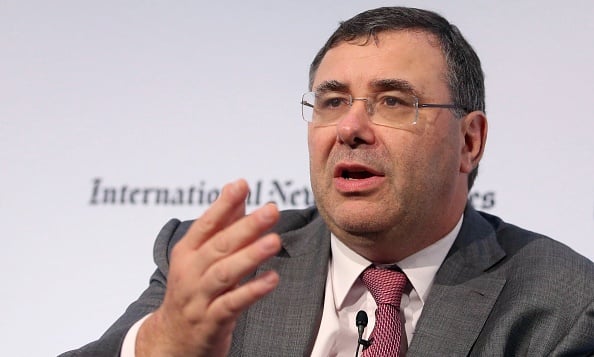 Oil prices are likely to remain relatively low until the summer, the chief executive of Total was quoted as saying on Wednesday, leading the French oil major to assume an average price of $60 a barrel this year.

Talking to the privately Saudi-owned al-Hayat newspaper on the crude oil price outlook, Patrick Pouyanne said: “I see it as relatively low until summer, but it is hard to predict after that. When we see the history of the crude cycles, we notice that prices fall hard and quick then rise back usually within 18 months.

“Because we are cautious we have adopted a price of $60 a barrel for this year and this is more of a prediction,” he was quoted saying.

Pouyanne said that despite the fall in oil prices the company would still maintain investments in its big projects. Total has said it plans to reduce capital spending by 10 per cent this year.

“We are looking to adapt with the current prices and we have said that we would reduce our investments programme by 10 percent, but despite that we will invest this year between $23 and $24 billion,” he told the daily.

“The adaptation happened in the U.S. shale gas projects where we mainly drill. We can stop for a year if we wanted and redrill later. But it is not feasible with the current prices for oil and gas.”

On Total’s losses from the fall in oil prices, al-Hayat quoted him as saying: “We lose $2 billion for every $10 drop.”

Oil prices may stay depressed until the summer due to weak seasonal demand, even as Saudi Arabia’s strategy of curbing the output growth of rival producers might have started achieving results, OPEC delegates told Reuters this week.