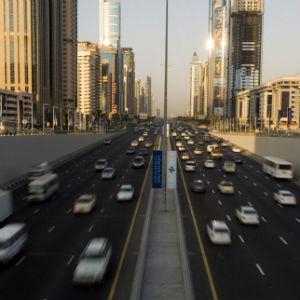 With temperatures soaring in the UAE, an increasing numbers of accidents are being caused by tyre blasts on the roads.

There have even been rumours circulating over the internet about extremely high heat waves causing gas tanks to burst.

But these rumours are untrue, according to experts from the Dollar Thrifty Automotive Group.

“This is a hoax. Without a spark to occur, the auto ignition temperature of petrol is about 400 degrees Celsius,” the company said in a statement.

“Instead, high temperatures will affect fuel mileage. When the weather turns up the heat, the fuel expands, which makes the engine use more gas to make the engine run. Drivers lose mileage, and in some cases, even horsepower.”

However, the company warned that car-owners should take certain basic safety precautions to protect their vehicles during the summer months. They include:

Make sure your tyres are rotated and most importantly, not worn out during the summer season. Drivers should bear in mind that less air in the tyre may cause greater friction with the road, in turn increasing heat in the tyre.

2. Park in the shade

It’s ideal to park in the shade- either underground, in a covered car park or under any shaded area and to place your sun-shade. If you can’t find an enclosed space, park in the best direction- where the sunlight will fall on the rear window.

Tinting your windows or placing a windshield sunshade will reduce the heat in the car. But ensure that the tint doesn’t exceed the UAE’s legal limit of 30 per cent.

4. Get your car serviced

During hotter weather, cars need frequent service checks, especially thanks to over exerted air conditioners and batteries. By changing your oil and double-checking the status of your belt and battery, you can prevent future accidents.

Do not keep items like lighters and perfume bottles in your car during the summer season. They might explode, releasing harmful chemicals in your car.

It is not advisable for first time 4WD owners to take a spin in the dunes during the hot afternoons, as it is better to avoid getting stuck in the desert in peak summer heat.

In case of emergency, it’s important to have your auto service provider’s number ready, and also have a first-aid kit, emergency car-care kits, and bottled water in your car. However, make sure that these items are not plastic grade 1, as they are easily damaged in hot weather.

8. Do not leave children/pets/anyone in a locked car

The temperature inside a locked car in the summer season can be up to 20 degrees more than the outside temperature. So it is not advisable to leave anybody locked up inside a vehicle even for a brief period.