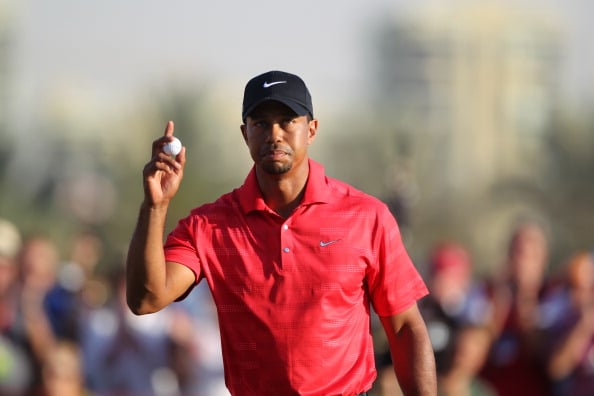 Tiger Woods will begin his season next week at the Abu Dhabi HSBC Golf Championship, the 14-times major winner said on Wednesday, the second consecutive year he will start his campaign in the United Arab Emirates.

Woods finished tied third in the European Tour event last year, two shots behind winner Robert Rock of England who he shared the lead with after 54 holes of play.

World number one Rory McIlroy has also signed up to play in the $2.7 million event at the Abu Dhabi Golf Club which starts on January 17.

“I’m excited to compete again,” Woods said in a statement on his website. “Hopefully my good practice sessions will carry over.”

The world number three will then head back home to compete in the U.S. PGA Tour’s Farmers Insurance Open which starts on January 24.

The 37-year-old has a strong record at Torrey Pines, winning the event six times under the previous Buick Invitational name and also claiming the 2008 U.S. Open at the San Diego venue.

He missed last year’s event because of a schedule clash with the Abu Dhabi tournament.

“Obviously, I’ve had good success at Torrey Pines,” Woods said. “I practically grew up playing the South and North Courses. The fans have always been supportive, and I look forward to returning.”

Woods, who won three times last year to take him to 74 PGA Tour wins and second on the all-time list behind Sam Snead’s 82, did not commit to any other tournaments in Wednesday’s release apart from the four majors.