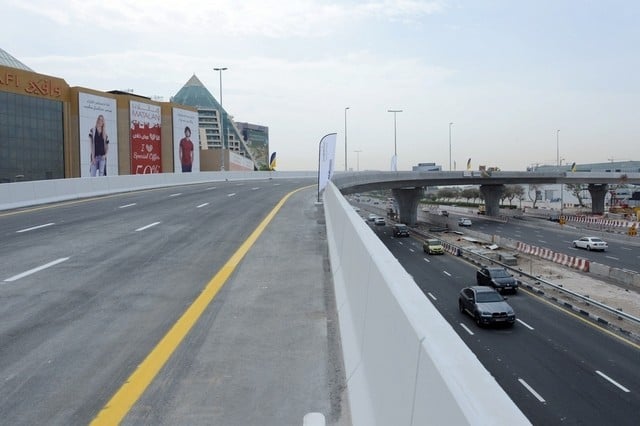 A new three-lane bridge has opened connecting Oud Metha Road to Sheikh Rashid Road in Dubai, in a bid to ease tailbacks in the congested Bur Dubai neighbourhood.

With capacity to carry 3,300 vehicles per hour, the 700-metre bridge is part of an Dhs 88m project that aims to improve the flow of traffic around the city. Other bridges in the project include those close to Latifa Hospital in the direction of Sheikh Rashid Road and Sheikh Zayed Road, and Al Saada Road leading to the Dubai World Trade Centre.

Director general and chairman of the Roads and Transport Authority Mattar Al Tayer, said: “The new bridge was intended to ease the overlapping traffic problems experienced in the Wafi intersection and ensure smooth movement in all directions.

“The bridge was undertaken as part of RTA’s efforts to improve main roads network in the emirate, and the project had been flagged as a key traffic hub in the master plan of the roads network.”