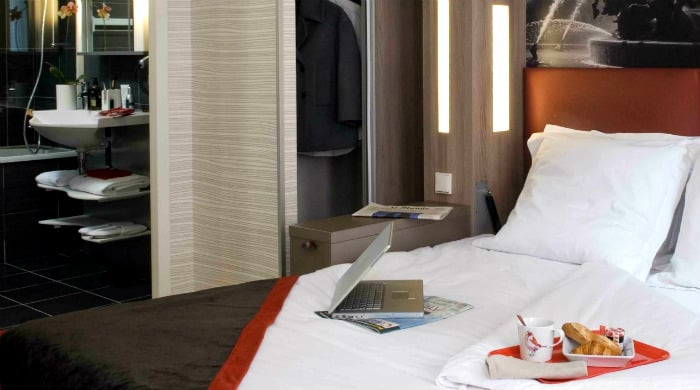 The 279-key Adagio Al Bustan Abu Dhabi is due to open in April, shortly after a 361-key Novotel next door, and another Adagio (72 rooms) is due to open in Fujairah Town Centre this month, similarly part of a mixed-brand offering which includes an ibis (180 rooms) and Novotel (182).

The first Adagio aparthotel in Dubai is due to open in Al Barsha by the summer – part of the same building as the already-open Novotel next to Sheikh Zayed Road – and a contract for an 150-unit Adagio has also been signed in Doha, which is due to open in 2016.

Dubai Expo 2020 will serve “more of a booster” to the long-stay sector, which is already performing well, believes Landais.

“We can see in the UAE that it’s learnt from the past, projects now are much more realistic and sustainable,” he said. “Pre-crisis you may have seen 100 per cent debt but investors are much more into the forecasting of projects.”

Adagio is a well-established brand across Europe (Adagio Paris Opera is pictured).

A special extended stay feature will be printed in the March issue of Business Traveller Middle East.