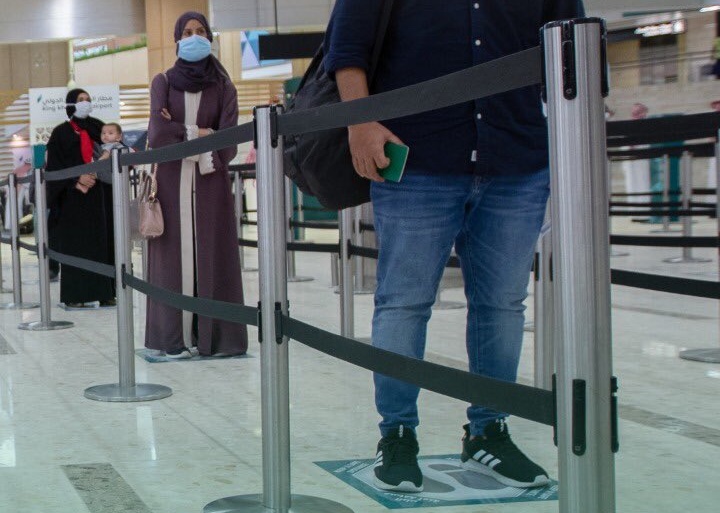 Saudi officials have confirmed that at least 1,639 Saudi nationals repatriated from outside the kingdom have been tested for coronavirus and placed in mandatory isolation as of Saturday, local daily Arab News reported.

The kingdom has been bringing back stranded Saudi citizens from around the world in line with a directive issued by Saudi King Salman last week.

Saudi nationals have been repatriated from Jakarta, Bahrain and Kuala Lumpur. On Monday morning, a flight from London landed in Riyadh with 254 passengers, the Saudi Press Agency (SPA) reported.

Passengers arriving from outside the kingdom have to go through 12 different preventive check-ups for Covid-19 in three stages — before boarding the plane, inside the cabin and upon arrival.

Responsible measures be taken before, during and after travel into the Kingdom. pic.twitter.com/yuESrMW6ab

A checkpoint set up by the Ministry of Health has thermal cameras which scans all incoming passengers. Suspicious cases are isolated and transferred to a designated area.

Passengers must sanitise their hands before starting procedures at the passport and customs control area, and a minimum distance of 1.5 metres is maintained between the passenger and passport officer.

After the process is completed, the passengers are taken to buses to transport them to designated guesthouses.

The Ministry of Tourism has allocated over 11,000 rooms across the kingdom to accommodate repatriated individuals for the 14-day isolation period.

The first flight repatriating Saudi citizens came from Jakarta with 250 passengers onboard. On Saturday, Saudi nationals also arrived from Kuala Lumpur in Malaysia.

The total number of cases within the kingdom stands at 4,462.