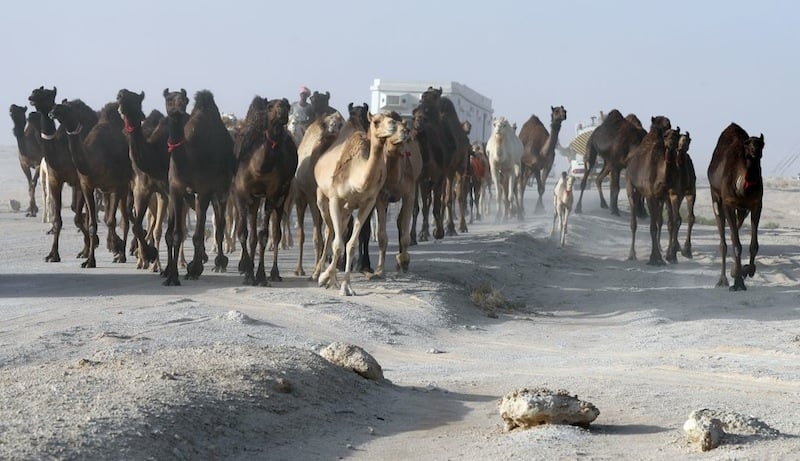 Thousands of camels crossed Saudi Arabia’s desert border into Qatar on Tuesday and were reunited with their owners after being stranded for days at a frontier shut because of a feud among Arab powers.

Qatari men in traditional white robes waited in SUVs at the border to identify their camels as the beasts trotted across the remote frontier, braying and kicking up dust, under what the owners said was an informal deal with Saudi border guards.

“Thank God I have my camels back!” said Ali Magareh, 40, waiting with his seven-year-old son at the crossing point.

“Some of the males were fighting and in very bad condition. My brother still has 10 or 11 camels in Saudi Arabia,” he said.

A June 5 decision by Saudi Arabia and other Arab states to cut diplomatic ties and all transport links with Qatar over its alleged support for terrorism has disrupted trade, split families and raised fears of military confrontation in the Gulf region. Qatar has denied accusations of links to terrorism.

Tribesmen in Qatar whose relatives span the modern-day borders of the Arabian Peninsula say the boycott is threatening traditions dear to them including camel herding and falconry.

Hundreds of Qataris keep camels in desert areas in eastern Saudi Arabia during winter months to train and breed them for races and beauty contests – customs seen as an important link to a vanishing nomadic past. Prize camels sell in auctions for hundreds of thousands of dollars.

Before the discovery of vast natural gas reserves off Qatar’s coast that crowned the small Gulf peninsular country with skyscrapers, bedouin roamed the desert and depended on meat and milk from camels to survive.

“We fought wars over camels,” said Magareh. “It’s one of our traditions. Not having camels in Qatar is like being a cowboy who has no cows.”