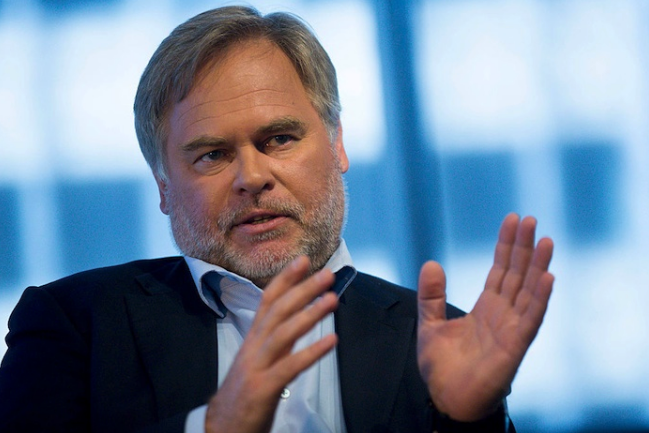 The Russian, who claimed his mission was to “save the world” from cyber criminals and terrorists, has warned the region’s leaders to take the threat very seriously in the run up to major events such as Expo 2020 in Dubai and the 2022 football world cup in Qatar.

“There are both global threats and regional threats,” he said. “Globally, it is really about energy in the form of power plants and grids. If there is no power, then nothing else works in whatever country you are in – it’s a problem for any nation. Then of course, you have major critical areas that could be attacked such as financial services and transportation.

“In this region, there is a dependence on the oil and gas sector. You also produce aluminium here through local systems and there are desalination plants to provide fresh water. Attacks on these systems would be very painful for the economy and damaging for national security.”

Asked to describe the worst-case scenario in terms of potential attacks on critical infrastructure, he insisted that there had already been major incidents that could almost be classified as cyber-terrorism or cyber-war. The attack on Saudi Aramco “being an example”. Kaspersky said: “For two weeks, the company was paralysed.

“We are very vulnerable. We depend on technology; you cannot now get back to the time when the humans were solely responsible for managing everything. Computers are faster than us humans and they consume less power. They don’t sleep, they have no vacations and no holidays – and they are less expensive.

“The computers made the world faster and better but at the same time they are vulnerable. We fixed many of the old problems through computers but now we have a new set of problems. The worst-case scenario is if the bad guys attack these vulnerabilities or there are mistakes leading to serious problems with our critical infrastructure.”

Touching upon the need to regulate the digital world in order to better control the threat from rogue actors, the CEO said total freedom on the internet was “dangerous”, adding: “I believe the digital society is a good thing but it must be designed and supervised in a better way. I’m afraid it must be regulated. There are many internet freedom activists out there but total freedom is anarchy.

“It doesn’t work because there are so many negative scenarios relating to cyber-crime, terrorism, social media being used to manipulate people and detonate situations like we saw in Ukraine recently. I think nations will be forced to introduce new regulations. I don’t know if we need some sort of global treaty on the internet. All I know is that 100 per cent freedom is dangerous.”