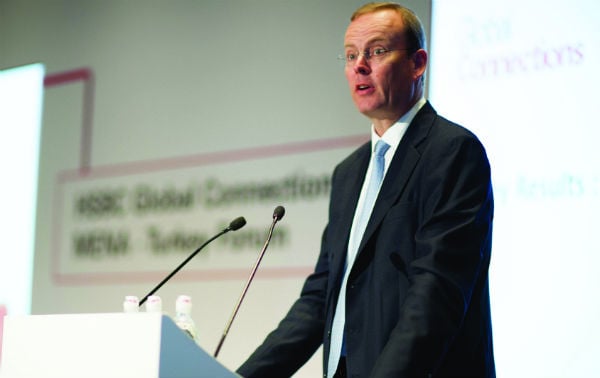 Europe’s only Islamic nation spent the nineties agonising whether to join the European Union; the failure of this long-term goal, due to a European refusal to countenance its membership on little more than religious grounds, today looks like a clear case of serendipity, given the European economic crisis, and has resulted in nothing short of a boom for Turkey, whose increasingly eastwards outlook reaps dividends that are expected to multiply.

The victory of Recep Tayyip Erdogan’s Justice and Development Party (AKP) in the 2003 general elections — and the winning of two additional terms in 2007 and 2011 — has revolutionised Turkey’s economy and paved the way for solid growth. GDP, which stood at $230 billion in 2002, more than trebled to $770 billion in 2011.

While these numbers do not come close to matching GCC metrics, they are quiet cause for satisfaction in Ankara. Inflation is the only blemish on this record, and is high today at 8.6 per cent.

With a growing population now at 75 million, and a labour force of 27 million, Turkey needs to increase headline GDP and diversify its economy further. The Turkish government has set a series of targets to be met by 2023, the anniversary of Kemal Ataturk’s historic step.

“Turkey aims to be one of the top 10 economies in the world (currently, it ranks at 16), to achieve a gross domestic product of $2 trillion, increase annual Turkish exports to $500 billion and achieve a foreign trade volume of $1 trillion,” says Tim Reid, HSBC’s regional head of commercial banking MENA, speaking at a Turkey-MENA seminar in Dubai. “Turkey is aiming high, but its goals are attainable.”

Vindication of the policy of shifting outlook to a more accommodating set of international partners was not long in coming. MENA has played a crucial role in serving as an outlet for thwarted Turkish ambitions, and the commonality of ambition is striking. “Turkey is recognised as a stability generator and a security producer in its region and beyond,” says Turkey’s ambassador to the UAE, Vural Altay. “Although we do not share a common border [with the GCC], we have a common culture.”

Although the UAE is by no means Turkey’s only partner in the GCC and MENA, the similar patterns of growth are striking. UAE growth will be 7.3 per cent in 2012, according to IMF data. Non-oil UAE real growth has also been impressive, coming in at 3.1 per cent
in 2011, says H.E. Eng. Mohammed Al Shihhi, Undersecretary of the UAE Ministry of Economy. Since 2006, UAE exports and re-exports have increased by over 30 per cent, he adds.

With the fifth-largest workforce in Europe, Turkey serves as a natural east- west, north-south bridge. It is targeting $100 billion of Arab world trade in the next five years. With an economy approximately double the size of Turkey’s, the GCC is a target for Turkish exports and foreign direct investment. Turkey’s exports totalled $135 billion in 2011, with the MENA region accounting for around 25 per cent of that. A growing balance of trade deficit saw imports at $241 billion. Notable entrants to the
UAE include companies engaged in contracting and construction, vehicles, textiles and food produce.

Some 850 Turkish companies and trade agencies operate in the UAE today, and participate in around 120 exhibitions taking place in the UAE. “Trade between the Arab world and Turkey reached $32 billion in 2011, of which 11 per cent, or around $3.6 billion, was conducted with the UAE,” says Al Shihhi. Both countries believe $10 billion of bilateral trade is possible by 2015.

Turkey’s contracting industry is thought by some global measures to be second in size only to China’s. In June, Turkey’s TAV Construction won the $3 billion contract, via its joint venture with Consolidated Contractors’ Company of Greece and the UAE’s Arabtec, to build the new 27 million passenger Midfield Terminal at Abu Dhabi International Airport, and in late 2011, signed a contract with Saudi Arabia’s General Authority for Civil Aviation to expand the kingdom’s Medina Airport. Turkish contractors are also actively seeking GCC work in Qatar, Oman and Kuwait.

GCC countries have invested $10 billion in Turkey, two-thirds of it since 2004. “Trade between the Arab world and Turkey reached $32 billion in 2011, of which 11 per cent or around $3.6 billion was conducted with the UAE,” says Al Shihhi. “Prospects for the continued fast growth of Arab-Turkish trade are certainly positive, with the Turkish minister of science, industry and technology H.E. Nihat Ergun, announcing in Benghazi, Libya, in June 2012 that the [Turkish] government [aims] to reach $100 billion of trade… between Turkey and the Arab League within the next five years.”

In tourism, Turkey is thought to be sixth-largest tourism destination in the world, with 31.5 million visitors in 2011. Some 1.4 million were thought to be Arab. Tourist flows from Egypt alone to Turkey rose 400 per cent in 2011. In March, the UAE’s Jumeirah Group assumed management of Istanbul’s Pera Palace Hotel, and is scouting new opportunities.

“The Rotana Hotels and Viceroy, as well as Saudi Arabia’s My Tuana have already announced investments in Turkey’s tourism sector,” says Reid.

HSBC also believes that a wide range of privatisation and public-private partnership programmes will entice not only domestic, but also international, investors. The Turkish Health Ministry is planning $5 billion of public-private partnerships in the next five years, while the privatisation of Turkey’s road network, including the $9 billion Gebze-Izmir toll road, may well see GCC bidders come calling.

“As it actively seeks to open its doors to the world, Turkey is one of the first jurisdictions in the world to adopt a set of laws falling under the general umbrella of public-private partnerships,” says Reid.The UAE and Turkey held the eighth session of the Joint Economic Commission in Abu Dhabi in February, 2011.

“Both sides affirmed the ‘strategic partnership’ between the two countries and agreed to the delivery of specific targets in priority sectors, particularly infrastructure, agriculture, industry, energy, tourism, and transport,” says Al Shihhi.

“I would like to encourage [my] Emirati and Arab brothers and investors to further boost their engagement in the highly lucrative Turkish market,” says Altay. “Turkey offers rich opportunities for MENA companies in the areas of agriculture and food, energy, tourism, real estate, finance, healthcare and many others.”

Perhaps, also, the most existential questions facing Turkey will soon be solved. Looking to the future, many in Turkey wonder whether the pursuit of the “Outlook East” policy should be continued at the expense of all else, or whether a return to Europe’s embrace is also necessary. “Can Turkey have its cake and eat it?” asks panel chairman, Sean Evers, managing partner of Global Intelligence. The success of Turkey’s recent strategy could pave the way for it to return to knocking on Europe’s door on new terms: its own. “I don’t think it’s impossible to have both: that is, EU membership, and a leading position with its MENA neighbours,” says Melis Metiner, an economist with HSBC Turkey.

HSBC, in bringing together participants at the event, would indeed seek to increase revenues associated with trade between the two blocs, but also hoped to instigate a dialogue that would lead to “thought leadership” in the region over trade ties to Turkey, Reid says. “Opportunities for greater cohabitation and collaboration between Turkey and MENA are very real. There is clear political will on both sides of the trade corridor. The scale of the opportunity should not be underestimated.”