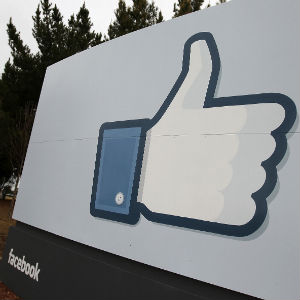 The Arab Spring’s greatest digital legacy is trust in social media. Even the staunchest technophobe wouldn’t deny the impact that sites like Facebook have had on the lives of people in the Gulf.

For most, the act of sharing content is shaping the way consumers behave, and subsequently the response from businesses.

More people trust in social networking sites’ ability to make a difference. Organisations that want to remain popular play a dangerous game if they violate this trust.

“Someone with a thousand twitter followers in the region can be very influential,” said Spot On PR director Alexander McNabb, one of the early pioneers of social media for business in the Gulf. “In the last few years people were asking about the return on investment of social media. Now, they’re saying, if it can bring down a government then what can it achieve.”

He said from a marketing perspective, nothing can touch the ubiquity of social media. As far back as May 2010, Facebook adoption overtook the sale of newspapers in the Middle East. Print media had always been the main route to reach potential consumers.

This is changing. Digital advertising reportedly accounts for an estimated $150 million – or five per cent – of the $3 billion MENA advertising market. An Econsultancy report found recently that 58 per cent of marketers are increasing their digital marketing budgets in 2012.

However, there are certain rules to be obeyed.

“First of all, does the company have a social media policy and guidelines at the HR level? It’s now about protecting the organisation from potential misuse or abuse from employees.

“Also, social media strategies cannot be cut and pasted from global campaigns for the Gulf. The region has very different values around Islam, the role of women and the family,” McNabb added.

Traditionally, marketing involved uni-directional strategies like billboards or TV ads. Social media and online participation tipped the scales. Today, users decide what is watched or shared. And crucially they select who are the good guys and the bad guys in the corporate world.

Review sites that allow a community to post their experiences about restaurant and any kind of entertainment have sprouted up globally. In the Gulf, things are just getting going. Saif Al Zarouni, CEO of one of this new breed of websites, Yadig, said: “The Arab Spring brought a lot of trust along with it, especially around trusting reviews. People started realising how important the internet is to their lives and therefore started using it more.

Visitor numbers to Yadig grew by 200 per cent in the last year. “It’s another platform for people to shares their experiences. They want their opinions heard. We’ve also made it so businesses can get in contact with users that have left negative reviews.

Al Zarouni added: “Business owners that want a good name in the market need to realise the power of social media and review sites like ours. Often Yadig comes up on a Google search before the business you’re searching for.”

Increasingly, consumers are accessing these reviews increasingly from mobile handsets. The growth in smart phones and tablets has led to demand for advertising to be scaled down to the smaller screen.

Dilip Kumar Paliyath, co-founder and CEO of YoSpace International, a mobile digital agency, said: “Businesses, both large and small, are undoubtedly benefiting significantly from the consumer shift to new media outlets such as social networking sites as a way to obtain information. Initially, businesses emerged on the internet with traditional individual company websites. However, as new media has evolved, so has the way companies market via new media.”

He added: “Whether you’re a small-to-midsized business, a non-profit, or a larger company, the mobile tsunami is here. Every type of mobile usage is on the rise; most notably, and importantly for consumer-facing organisations, mobile web, mobile app and social media usage is growing.”

By 2013, it is predicted that more people will access the internet via mobiles and tablets than desktops and laptops. In the last 12 months, customers have ordered more than $1billion dollars worth of products from Amazon using a mobile device globally.

As social media continues to force businesses to adapt, there are certain companies that have a natural advantage, according to Michael Nederlof, CEO for MENA at marketing services company Aegis Media.”When they have e-commerce or can sell direct they’re in a better position. So, for instance airlines, hotels, restaurants, insurance or brands that have digital content or services. Plus, you could name banks or firms like telecom operators.”

Nederlof said the biggest advantage with investments in digital is that he can easily measure the return on investment.

“Consumers globally and especially in MENA are spending significant and rapidly growing time online and when online on social media. With high penetration rates for Facebook across the region we will eventually see that brands will follow consumers like anywhere else in the world,” he added.

In times of economic uncertainty, consumers crave trustworthiness in businesses they are buying products from. Selling is no longer a one-way street. There has never been a time in history when word-of-mouth has meant so much.