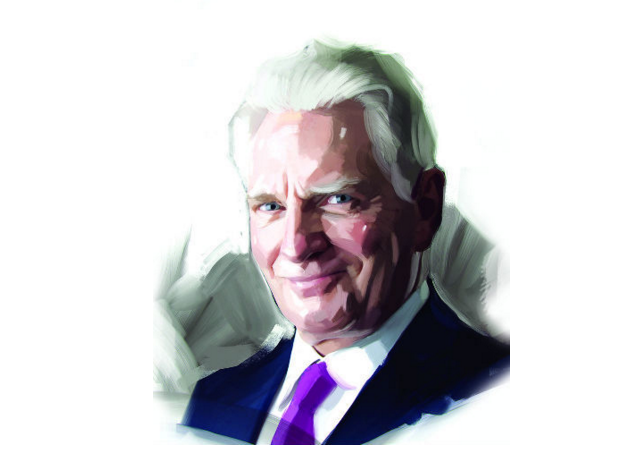 At the dawn of 2016, a new international financial architecture is emerging with the advent of the Chinese Renminbi as the third global currency alongside the euro and the dollar. In December, the International Monetary Fund approved the RMB’s entry in the special drawing rights basket, in recognition of the importance of China’s role in the global economy and trade. The SDR is an international reserve asset, created by the IMF in 1969 to supplement its member countries’ official reserves. Its value is currently based on a basket of four major currencies: the United States dollar, the euro, the British pound and the Yen. The basket will be expanded to include the RMB as the fifth currency, with a weight of 10.9 per cent, effective as of October 1, 2016. Technically, SDRs constitute an international reserve asset but with limited use as countries largely rely on capital markets and hard currencies to cover their obligations. However, SDR inclusion gives a symbolic boost to the RMB’s international standing, giving countries and asset managers more confidence to add the RMB to their currency reserves and holdings.

The RMB is going global

The IMF used two criteria to determine whether the RMB was fit to become part of the SDR: (a) the issuing country needs to be a major exporter and (b) the cur- rency must be freely usable.

China clearly meets the first criterion, with its exports averaging close to 11 per cent of global trade over the last five years. Meeting the second criterion was more problematic. For now, the RMB is a small player on the global stage. In 2014, it ranked only seventh among currencies in countries’ official reserve assets and was the eighth most-used for both international debt securities and cross-border payments. Foreigners only hold $200bn in Chinese stocks and bonds; they have 80 times more (around $16 trillion) in US securities. As for trading, it ranked 11th in global currency spot markets. However, the growth in use of the RMB has been accelerating. It now represents some 1.1 per cent of countries’ official reserve assets. But it is anticipated that global central banks could reallocate 1 per cent of their reserve investments in RMB assets annually. Standard Char- tered expects inflows of $85bn-$125bn from global central banks in 2016, with at least 5 per cent of global reserves being denominated in RMB by end-2020.

Ending the hegemony of the dollar

Currently, global trade and investment flows and payments are mainly intermediated and settled through the use of the dollar and the euro. However, China is today the world’s biggest trading nation and its bilateral trade can be more efficiently conducted using RMB. According to Swift, the RMB is now the second most used currency in the world in trade finance (overtaking the euro in 2013) and fourth in global payments. In August 2015, the RMB reached a record high share of 2.79 per cent in global payments by value, overtaking seven currencies during the last three years. Recent data shows that 1,134 financial institutions in over 70 countries used the RMB for payments with China and Hong Kong. As China deploys its ‘Silk Road Economic Belt’ it will be integrating countries into its supply chain and Redback payment zone.

Rolling out the Renminbi

There have been three main channels of Renminbisation: the introduction of the RMB as the settlement currency for cross-border trade transactions; pro- vision of the RMB swap lines between the People’s Bank of China and central banks; and the creation of an RMB off- shore market. Bilateral swap agreements have been signed between the People’s Bank of China and 30 other central banks around the world including the United Arab Emirates and Qatar, for a total of RMB 3.1 trillion. These swap facilities provide liquidity to finance bilateral trade and investment flows, and can form the basis of a multilateral RMB clearing system – a ‘Redback zone’ where multilateral trade can be financed and settled in RMB.

Renminbisation requires the development of the Redback market

For the RMB to become a truly international means of payment and asset currency, China has to undertake deep financial sector reforms. These include a gradual move to capital account convertibility, opening to private capital flows, interest rate liberalisation, greater exchange rate flexibility and the development of RMB money market instruments and debt capital markets. China still restricts access to its interbank bond market to central banks, sovereign wealth funds, multilateral organisations and other carefully-selected institutions. The Chinese equity market remains off limits to foreign investors with quotas for limited participation granted to some 320 ‘qualified’ institutional investors. For the RMB to go truly global, there has to be greater access for foreign investors to local capital markets, even deeper global RMB liquidity and wider cross-border flow channels.

China became the largest exporter to the Middle East and North Africa region in 2014. Gulf Cooperation Council trade with China grew more rapidly during 2010-13 than with any other significant trade partner, at a rate of 30 per cent for exports and 17 per cent for imports. By 2020, it is estimated that the largest share of GCC exports will go to China, at around $160bn. China is also becoming the main external investor as GCC economies remove restrictions to foreign investment and increase economic diversification. With its location at the mouth of the Gulf, international connectivity, growing linkages to Africa and efficiency of its infrastructure, the UAE is the logistics hub for China. Some 70 per cent of Chinese exports are re-exported via the UAE to the other GCC countries, India, Iran, East and North Africa.

Energy is the main driving force in the development of the China-GCC economic relationship. Oil and gas accounts for the bulk of the region’s exports to China and we can expect that the RMB will be used for oil and gas payments, if not for pricing. Russia already accepts the RMB for oil payments. Indonesia has announced it will use the RMB for trade with China.

How can the GCC integrate into the emerging Redback zone and the new economic geography of the ‘Silk Road Economic Belt’? Four policy building blocks can contribute: (a) The GCC- China Free Trade Agreement should be rapidly finalised to remove barriers to trade (including services), allow market access and investment – and facilitate rights of company establishment and joint ventures; (b) RMB payments integration: the RMB should be used to finance, clear and settle trade between the Middle East, the GCC and China; (c) RMB swap lines should be extended to Saudi and other GCC countries; (d) The other GCC countries should follow the lead of the UAE and proactively participate in the New Development Bank and the AIIB.