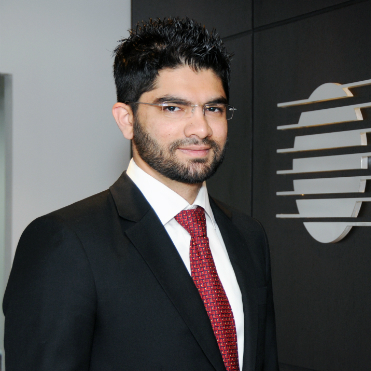 Given the soaring popularity of tablet devices, it is hardly surprising to learn that the traditional PC market has suffered a decline over the last couple of years. But does this seemingly unstoppable quest for ultraportability sound the death knell for PCs? We at IDC are far from convinced of this doomsday scenario, particularly as notebooks continue to hold the largest share of all PC products available on the market. And with innovative new categories such as touchscreen notebooks and all-in-one desktops continuing to emerge, there is clearly still life in PCs yet.

PC vendors are continuously developing new designs in an attempt to claw back the revenue that has been lost during the tablet boom. The most recent attempt at innovation has seen the emergence of so-called ‘2-in-1′ devices that can be used either as a portable PC or, when the screen is detached, as a tablet. Also known as convertible notebooks, these unique devices combine the performance and functionality of a notebook with the ease of use and touchscreen interface of a tablet.

Undoubted potential exists for convertible notebooks to wrestle back some market share from the major tablet players. They can certainly match the slim and stylish designs of their rivals, and most significantly, come equipped with the sort of high processing power that is sorely lacking in today’s tablets, but it is clear that these devices must become more attractive to a wider technology consumer base if they are to truly succeed.

The relatively small market share currently controlled by 2-in-1 devices is down to two factors: price and performance. While high-end devices will always demand a premium, the existing price points carried by 2-in-1s are inhibiting wider acceptance in the market, and the devices are also not yet able to match the performance capabilities of traditional notebooks. However, anticipated improvements in both respects are likely to see these devices become much more popular in the future, and IDC expects this form factor to play a pivotal role in breathing some much-needed life back into the notebook market over the coming years.

Innovation is alive and kicking in the desktop space too. While the overall segment is declining, IDC is still seeing strong demand across the wider region, particularly in developing African nations and parts of the Middle East. Desktops remain in demand within the gaming community too, where high-speed processing and superior graphics capabilities are sought, while some commercial end users, such as banks and government offices, prefer desktop PCs due to the sensitivity of the data they handle.

Within this segment, however, we are seeing a gradual shift from traditional desktops to all-in-one (AiO) devices. AiOs are desktops that integrate the computer case and system components into a monitor that has the touchscreen capabilities of a tablet, and the fledgling success of these devices represents an innovative response from desktop manufacturers in their battle to revive this flagging market.

While AiOs are already having a positive impact on the desktop market, the growth is relatively slow as price remains a major determining factor in consumer buying patterns, and these innovative new PC models are still comparatively expensive. However, as with 2-in-1s in the notebook segment, it is inevitable that the price points on these devices will gradually fall, and IDC predicts strong growth for this segment once they do.

The tablet market is not taking any of this lying down. Competition has become extremely intense, with multiple vendors — be they multinationals or low-cost Far-Eastern brands — each wanting a share of the pie. Walk into any consumer electronics store and you will almost certainly see tablets offered at promotional prices or as part of bundles with other IT equipment. And while this may well mean diminishing margins for the vendors, they are continuing to pursue such strategies in an effort to drive up their brand awareness.

In terms of innovation, we have already seen the tablet space move decisively from the large screens of the initial releases to the smaller 7–8-inch formats that now dominate the market. Another approach that is becoming increasingly popular is to market tablets based on a specific type of use. Tablets designed specifically for kids, cookery enthusiasts, and gamers are some of the recent attempts at innovation in this area. All these devices come with customised apps specific to their use, and are typically available at reasonable prices.

Kids’ tablets, for example, offer a colourful, child-friendly experience with parental controls that restrict and monitor the content that is available, while the kitchen-based tablets offer high-end graphics, front and back cameras for sharing culinary creations, and access to numerous cooking applications, videos, and accompanying music. For gamers, devices are now available that deliver the best possible gaming experience in a thin and light tablet form, complete with physical buttons and analog thumbsticks. IDC is also seeing the gradual introduction of specialist waterproof and dustproof tablets to the market, although these particular devices currently cater to a very niche segment due to their high price points.

It is encouraging to see such innovation in play across all segments of the PC market — from desktops to notebooks to tablets. And it is particularly interesting to note that far from shrinking to the challenge presented by the rise of the touchscreen device, PC vendors in the ailing desktop and notebook segments are prescribing their own form of medicine by integrating the most sought-after qualities of tablets into their own innovative devices. Only time will tell whether imitation truly is the sincerest form of flattery.