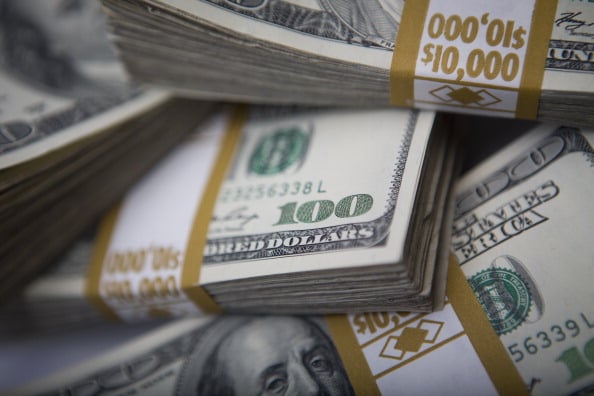 Net foreign assets at Saudi Arabia’s central bank, a measure of its ability to support its currency, look set to fall sharply this year as oil prices slump and Riyadh expands its sovereign wealth fund to invest abroad.

They shrank from a record high of $737bn in August 2014 to $529bn at the end of 2016 as the government liquidated some assets to cover the huge budget deficit caused by the fall in oil prices.

This year, an austerity drive and a partial rebound in oil prices have helped Riyadh make progress in cutting the deficit – which narrowed 71 per cent from a year ago to SAR26bn ($6.9bn) in the first quarter.

But net foreign assets have continued to shrink at about the same rate, by $36bn in the first four months of 2017 – a mystery to economists and diplomats monitoring Saudi Arabia, and a potential blow to markets’ confidence in Riyadh.

“This suggests that there remains a significant deficit in the balance of payments of Saudi Arabia, which is not due to declining oil export revenues,” said Khatija Haque, head of regional research at Emirates NBD, Dubai’s biggest bank.

Saudi officials have not commented in detail on the reasons for the reserves drop, though some have suggested it is due to private sector activity, not government spending.

Some analysts have speculated the fall is due to spending on Saudi Arabia’s military intervention in Yemen.

This is unlikely; a top Saudi official indicated in late 2015 that the intervention – largely a limited air campaign, not a major ground war – was costing about $7bn annually, in line with estimates by foreign military experts.

Others speculate capital flight from Saudi Arabia may be sapping the reserves. But data from the central bank – the Saudi Arabian Monetary Authority (SAMA) – on foreign exchange transactions by commercial banks does not support this theory either.

“Capital flight has diminished as an issue. Outflows in 2016 were pretty small beer compared with 2015, when there were significant outflows,” said an economist at a Saudi bank.

An international banker in touch with Saudi authorities said much of the decline in foreign assets appeared due to the transfer of money to state funds investing abroad – particularly the main sovereign wealth fund, the Public Investment Fund (PIF).

Riyadh plans to invest big amounts overseas to win access to technology and boost returns on its capital. The PIF has said it will invest up to $45bn over five years in a technology fund created by Japan’s Softbank, and $20bn in an infrastructure fund planned by US firm Blackstone.

Transfers to the PIF would not represent any reduction in the government’s total wealth, but they would mean a cut in the liquid assets which the central bank has available to defend the riyal if needed. The PIF declined to comment.

A fresh slump in oil prices also looks likely to pressure foreign assets. Brent oil averaged $54.57 in the first quarter of this year; it has since plunged to around $46, just $1 above its average price last year.

This, combined with a minor relaxation of austerity in recent weeks to head off a recession, may mean Riyadh’s budget deficit for all of 2017 comes close to its original projection of SAR198bn ($52.79bn), or possibly a little higher.

That would be an improvement from last year’s SAR297bn, but combined with transfers to the PIF, it would force further liquidation of the central bank’s foreign assets.

“Going forward, the decline is likely to continue given the projected budget deficit for the whole year, which would probably require withdrawals from foreign reserves to finance it,” said Said al-Sheikh, group chief economist at National Commercial Bank, the largest Saudi bank.

Riyadh’s heavy foreign borrowing – it issued $9bn of sukuk abroad in April – gives it financial flexibility but does not increase its net foreign assets, since the debt is recorded as a liability, Sheikh said.

The government has said it plans to resume domestic bond issues later this year after a gap of more than half a year. A senior finance ministry official estimated in May that local bonds would cover 25 to 35 per cent of the 2017 deficit; this would leave a sizeable amount to be covered with foreign assets.

At $493bn as of the end of April, SAMA’s net foreign assets remain enough to defend the riyal for years – they would pay for four years of imports.

Nevertheless, a rise in the cost of insuring Saudi debt against default in June, to its highest level since early February, suggests concern may be increasing.